A New Pair of Boots. 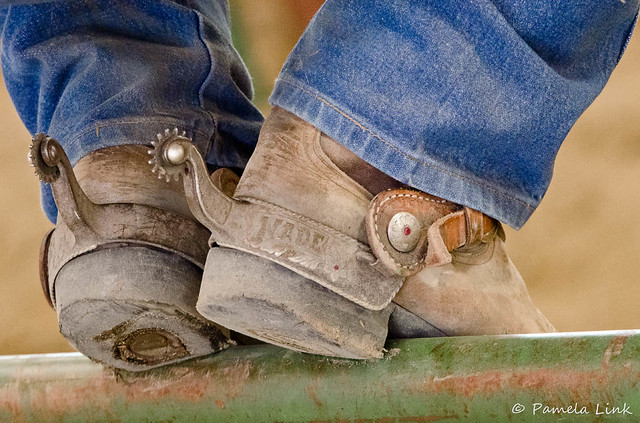 I bought me a new pair of boots yesterday. I didn’t mean to, I was callin’ around lookin’ for a good deal somewhere on a hat. I figure I owe a friend a debt of gratitude, and I wanted to express my gratitude in a tangible way, so I thought I’d get him a new winter hat. Felt, not straw.

So after having failed at the preeminent hat store in the metropolis of Tucson; turns out my friend has a freakishly large head. I hadn’t thought that 7 & 7/8 was all that large when I started on this quest, but it turns out that it is; I turned to some other long time friends who own western wear type stores.

Chuck owns a place called The Boot Bunkhouse. I’ve been buying boots off of Chuck for 30 years. My neighborhood is smack dab in the middle of Tucson, and is one mile square exactly according to the city engineers, and its perimeter is business streets; that’s where Chuck has his Boot Store.

I guess I am getting old. ‘Cause after I found out I couldn’t get the hat I wanted there, I figured that it would be the responsible thing to do to support a local small business. But after lookin’ all around, I didn’t care for any of the fancy boots, and Chuck had some fancy boots for sale, but I’ve got a whole closet full already; but something I’ve always wanted to do was buy a good pair of work boots and then never wear them to work.

So that is what I did. I bought a pair of Made in America, “Double H”(that’s the Brand name) work boots. Told ol’ Chuck why I was doin’ it. You know what Chuck did? He went over to the shelf, got down a pair of “Tony Lama’s” and showed me the sole, where it said Tony Lama (used to be the biggest boot factory in America). I own two pairs of Tony Lama’s. Then you know what he did? He showed me the inside of the boot, where they brand in the size and such. Do you know what it said?

A New Pair of Boots.