Former Transportation Security Administration (TSA) Federal Air Marshal Robert MacLean was fired after his managers launched a retaliatory investigation against him for appearing on a September 11, 2004 national television program protesting inane suit / tie dress and boarding policies which advertised air marshals’ identities, hence endangering their flights. On August 25, 2011, the U.S. Office of Special Counsel (OSC) filed an amicus curiae with the U.S. Merit Systems Protection Board (MSPB) in support of his actions. The OSC was created by Congress in response to the Nixon Watergate scandal and the fear it created preventing whistleblowers from coming forward to disclose corruption. Their gutsy action in the MacLean case is unprecedented as the OSC has never intervened AFTER the full MSPB in Washington DC has issued a “final decision.”

MacLean admitted to his appearance and his July 2003 disclosure that prevented the TSA from implementing a hotel cost-saving plan to remove air marshals, for two months, from long distance flights the day after all air marshals were given Al-Qaeda suicidal hijacking warning briefings. After congressional outrage, TSA’s policies exposing air marshals’ cover were reversed, and its July 2003 cost-savings plan never became operational.

I also want to reiterate my extreme concern with the Transportation Security Administration, (TSA) proposal, in the face of these serious threats, to cut the number of air marshals by, canceling critical flight missions because those missions would have required air marshals to, spend the night at a hotel.

deployment of Federal air marshals on every such flight determined by the Secretary to present high security risks … [and on] nonstop, long distance flights, such as those targeted on September 11, 2001, should be a priority

The TSA never charged MacLean with anything related to his 2004 television appearance, instead they charged and fired him for telling internal affairs investigations that the same media organization approached him because of his 2003 disclosure.

The U.S. Office of Special Counsel’s (OSC) has taken an unequivocal position that Congress never intended to allow executive agencies to implement its rules or regulations to cancel out Whistleblower Protection Act defenses — especially ex post facto like in MacLean’s case. The TSA retroactively designated his 2003 disclosure as “sensitive security information” (SSI) three years after the fact and four months after firing him. SSI is an UN-classified information marking governed by TSA regulations, not statutory law, which protects CLASSIFIED information.

“Whistleblowers should not have to guess whether information that they reasonably believe evidences waste, fraud, abuse, illegalities or public dangers might be later designated as SSI [UN-classified sensitive security information] and therefore should not be disclosed,” Special Counsel Carolyn Lerner wrote in an amicus curiae brief to [U.S. Merit Systems Protection Board (MSPB or “Board”)] supporting former air marshal Robert MacLean. “Rather than making the wrong guess, a would-be whistleblower will likely choose to remain silent to avoid risking the individual’s employment.”

More from the motion:

No specific statute exists that would allow the TSA to negate [Civil Service Reform Act (CSRA)] whistleblower protections. The statute that the TSA relied upon to retroactively designate MacLean’s protected disclosure as SSl does not establish particular criteria for withholding and does not refer types of matters to be withheld.

Regardless of how the U.S. Merit Systems Protection Board rules, MacLean intends to appeal to the U.S. Circuit Court of Appeals for the Federal Circuit by September 25. 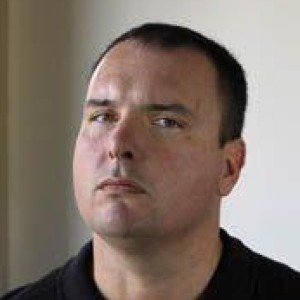