The Unexpected Upside to Austerity in Arizona. 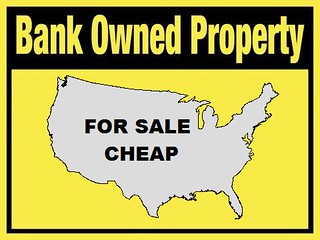 Bank Owned Property ~ from Mike Licht, NotionsCapital.com~
(thanks to Flikr.com)

I want to share with you one of the more disturbing things I have read lately. For all the good it does me here in Fascism Central,  the state formerly known as Arizona, I am represented in the state legislature by a pretty good guy. Arizona Representative from legislative district 28, Steve Farley. He’s a small business owner, happens to be a Democrat, and is accessible and responsive to his constituency. Pesently, that doesn’t matter even a little because the fascists have super majorities in both chambers. Usually I qualify my use of the word fascist as “corporate  rule” because so many people incorrectly conflate the term with Naziism. In this instance they would not be doing an injustice to many of our legislators here in Arizona, some of whom have been known to consider Neo-Nazi rallies as political fund raising events. I know! How Fun!

Fun in the sun and political fund raising at Neo-Nazi rallies.

Sorry for the digression, back to Steve Farley. Steve sends us an email nearly monthly, usually around a thousand words, keeping us knowledgable about the progress of bills, things in general that he thinks we should pay attention to, and the inside nitty-gritty on the workings of our legislature.

Here is an excerpt from Steve’s “Back to School report” as reposted on Blog for Arizona :

This past week didn’t just feature attacks on our children, it also featured attacks on single childless adults in poverty. Maricopa County Superior Court Judge Mark Brain upheld the Republican legislative cuts to our AHCCCS Medicaid program, eliminating 135,000 Arizonans from coverage this year and many more in the future.

As regular Farley Report readers know, the cuts will not only hurt those who are losing their health care, they will hurt us all. These folks will now go to emergency rooms for much more expensive and unreimbursed care, further stressing our hospitals, increasing our costs, and endangering our entire health delivery system. The loss of $1.5 billion in federal matching funds that go with these cuts are $1.5 billion gone from our economy, meaning the loss of tens of thousands of health care jobs as well.

Interestingly, all this devastation for the sake of filling the deficit hole were revealed to be less necessary a couple of weeks ago when we found that Arizona income tax revenues had dramatically increased this year, erasing the leftover deficit. There’s an ironic twist in the source of this unexpected windfall — owners of foreclosed homes who could no longer claim the mortgage interest deduction, many of whom are likely single childless adults who are no longer eligible for AHCCCS coverage, despite their economic struggles.

Who knew? Shredding the social safety net while simultaneously cutting taxes for the wealthy and corporations actually can increase revenues, provided you also foreclose on the homes of enough of the working poor and middle class who then lose their mortgage interest deduction. It’s tricky though, you need to ensure that enough of them still have jobs while they’re homeless.

Is that not some truly sick and wrong shit?

“The chief weapon of sea pirates, however, was their capacity to astonish. Nobody else could believe, until it was too late, how heartless and greedy they were.”
~Kurt Vonnegut~

Stay Strong and try and take care of one another.

The Unexpected Upside to Austerity in Arizona.