John H Kennedy
0 0
I was “Banned” by Progressive Democrats Of America for wanting to “discuss” looking for a Primary Challenger to Obama John H Kennedy 2011-08-08
I am a 46 year Democratic voter who was recently “banned” from the ACCOUNTABILITY & JUSTICE DISCUSSION GROUP (a google group) run by the Progressive Democrats Of America.  I was a long time member of that PDA group and had organized over 150 Impeach Bush-Cheney protests in Denver, CO and published the http://AngryVoters.org website.
MY CRIME?  I posted the following email to the PDA google group  and was immediately “banned” from the group.
National Officers of PDA have said that they have not yet decided whether PDA will support Barack Obama for reelection…in fact they go so far as to say that “only the members” can decide that… however, my “banning” by these officers seems to suggest that “they” will not tolerate any threat to their standing within the Democratic establishment or any threat to Obama’s reelection.
Censoring of PDA member’s speech or banning of certain topics from discussion is certainly not something any Democrat would expect PDA to be involved in.

I get the impression that PDA Officers will fight against a Primary regardless of what any member wants.
Perhaps the part of PDA that is “inside” the party has now become part of the Party establishment. and is no longer as tolerant as when we were the “big tent” party.
The email that got me banned:

—
You received this message because you are subscribed to the Google Groups “PDA Accountability and Justice” group.

To post to this group, send email to pda-accountability@googlegroups.com

Has anyone else had a similar experience with PDA? 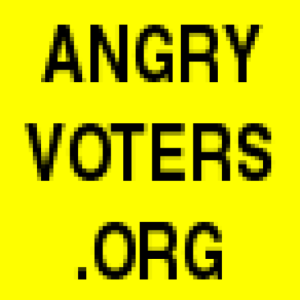