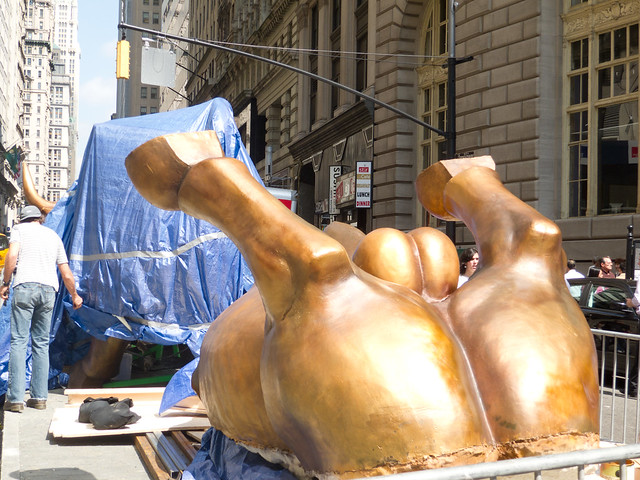 (with Thanks from Flickr.com)

The Following are excerpts from Noam Chomsky’s Op-Ed piece in Truthout today titled “America In Decline”. It’s stuff all of ya know already if you’re hangin’ out here at the Lake, but he just does it so damn well, you know?

Another common theme, at least among those who are not willfully blind, is that American decline is in no small measure self-inflicted. The comic opera in Washington this summer, which disgusts the country and bewilders the world, may have no analogue in the annals of parliamentary democracy.

The spectacle is even coming to frighten the sponsors of the charade. Corporate power is now concerned that the extremists they helped put in office may in fact bring down the edifice on which their own wealth and privilege relies, the powerful nanny state that caters to their interests.

Corporate power’s ascendancy over politics and society – by now mostly financial – has reached the point that both political organizations, which at this stage barely resemble traditional parties, are far to the right of the population on the major issues under debate.

For the public, the primary domestic concern is unemployment. Under current circumstances, that crisis can be overcome only by a significant government stimulus, well beyond the recent one, which barely matched decline in state and local spending – though even that limited initiative probably saved millions of jobs

And lastly these two paragraphs sodden with common sense :

Not even discussed is that the deficit would be eliminated if, as economist Dean Baker has shown, the dysfunctional privatized health care system in the U.S. were replaced by one similar to other industrial societies’, which have half the per capita costs and health outcomes that are comparable or better.

The financial institutions and Big Pharma are far too powerful for such options even to be considered, though the thought seems hardly Utopian. Off the agenda for similar reasons are other economically sensible options, such as a small financial transactions tax.

I will leave you with this Firedogs, from one of my favorite mostest people ever on the planet :

There is no reason why good cannot triumph as often as evil. The triumph of anything is a matter of organization. If there are such things as angels, I hope that they are organized along the lines of the Mafia.

Keep Each Other Strong.

*(all bold above added by me)*