YJ Draiman welcomes an innovative renewable energy zone approach which will create 100,000+ new jobs over the next 10 years.

An ambitious project that will transform the way universities, business and industry collaborate, and establish Los Angeles as a world leader in the research, development and design of next generation renewable energy technology, was announced today, January 31, 2011.  Spearheaded by the Draiman economic development agency, Draiman Enterprise, and National Technology Renewable Energy Zone, will be established in the city of Los Angeles with the Universities of Southern California Technology Innovation Development at its heart.

A large parcel of land will be allocated to set up the renewable energy enterprise zone site, which will be within the boundaries of Los Angeles.  There will be an academic center which will be transformed into a center of excellence for academic research, commercialization and industry collaboration.

The renewable energy zone initiative, which would span further than the confines of the City of Los Angeles and include Southern California, is expected to create 100,000 + new jobs over the next 10 years and give a boost to the Los Angeles economy through further industry academia collaboration and inward investment.

Draiman enterprise Chief Executive YJ Draiman said:  “This new vision of the Renewable energy Technology Innovation Center will be the cornerstone of Los Angeles Technology and Renewable Energy Zone.  YJ Draiman’s vision for The Renewable energy Zone is to provide a breeding ground for ambitious companies to harness cutting-edge research, access the best people and develop the products which will shape the renewable energy industry of tomorrow.

“Southern California has already claimed a place on the renewables map attracting energy heavyweights and pioneers in the solar and wind sector and we believe that by establishing this zone we will help reinforce Los Angeles position as a location of choice for the rapidly expanding renewables industry.”

YJ Draiman said: “The Universities in the Los Angeles area’s Technology and Innovation Center is a transformational project for Los Angeles, building on California’s great tradition of innovating new technologies and developments in fields; including energy and engineering while creating and supporting hundreds of jobs.  Through this collaboration, the aim is to quadruple the scale of research program investment in Los Angeles in areas key to economic growth by up to $10 billion + in ten years.  “And now, as an integral part of Los Angeles Enterprise’s new Technology and Renewable Energy Zone, which aims to establish Los Angeles as a premier location for inward investment into world-leading technology and renewables research and development, we have the potential to deliver huge economic and social benefits, not only in Los Angeles but nationally and beyond.”

YJ Draiman said:  “The Technology and Innovation for renewable energy zone will help transform Los Angeles and Southern California.  By capitalizing on our leading, industry-relevant research, the renewable energy zone will attract billions of dollars of inward investment to the city of Los Angeles, drive global businesses, create jobs, and support the development of our highly-qualified graduates and postgraduates.  “As a leading technological hub of Universities, they are committed to sharing knowledge to address challenges that affect every area of society, including energy, health, manufacturing and economics.  The renewable energy zone will forge new levels of collaboration between researchers, the public and private sectors to accelerate the pace of research and development and deliver benefit to companies, the economy and Southern California.”  The collaborative approach with the Universities, Los Angeles Enterprise and existing pioneering renewable energy leaders means that companies locating in the zone will have access to government support and some of the world’s best industry and academia in the fields of technology, engineering and energy.  The project represents a supportive government and business environment where companies locating in and around the zone may be eligible for additional support for job creation, innovation and staff development, delivered through various California Enterprise schemes.

When the need arises we will establish facilities within the existing Zone that offer temporary accommodation for prospective tenants until construction of the research center is complete or, if required, a purpose-built industry engagement building is created within the Zone.

Renewable energy Zone is designed to draw on Southern California’s existing competitive advantage by providing the right business environment for the renewables industry to continue to grow and further develop.  Recent announcements from industry leaders have reinforced Southern California’s position as a world leading city in solar, wind research and development.  A leader in energy innovation with unrivalled human and natural resources in renewable energy, Southern California is building on its rich history of oil and gas exploration and developing an infrastructure to cement its position as a world class location for international companies looking to invest in renewable energy and Energy efficiency. 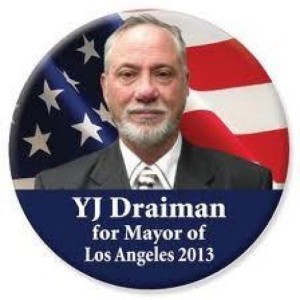