If robots did all the work, what would we be doing?

Would we enjoy the benefits of a world without repetitive labor?

Would we have unlimited free time? Would we want it?

We’ve been programmed into thinking that having six weeks of vacation would turn us into socialist, freedom-hating Europeans (/s) so we passively accept minimal time off and little time with our loved ones so we can work ten or twelve hour days? Why? To make more money? To show we’re tough and willing to sacrifice to get ahead, or because we’re too scared to tell our boss too much is too much?

Will we ever sink back to the conditions these people work under, where guess what, it STILL isn’t enough?

We’ve come through industrial, communications, computing, and networking revolutions that have provided us with productivity only a few people imagined a hundred years ago. We have robots, for make-believe messiah’s sake, and we’re going to have a lot more of them, so what the fuck is going on here? Where is all this productivity going?

We’re told healthcare costs are rising. Really? Why? Think of the systems, the equipment, the newer medicines, the integration of new technology and the consolidation of fantastic medical minds and the dissemination of knowledge that is occurring right now.  Productivity has increased, costs should be decreasing. And healthcare is only one example.

The value of money is psychological.  The goal posts are being moved. Crises are being invented.

Not having enough to eat is real, but the reason you don’t is a fabrication, at least that’s what I believe. The CEO of Cigna may be smart, but he’s not some super-qualified, 150 IQ business genius. He’s a lucky member of the club, and he makes 200 to 400 times what the average Joe or Joy makes. That’s a crime, and like all the other ones being perpetrated lately by the PTB, we’re just watching it occur without any real opposition.

The older I get, the less crap I want, but I’m not a Luddite. I think technology is great, but it should benefit everyone, not just the people making the decisions to leave others out in the cold. Most of it should be employed to feed, clothe, house, care for, educate, and entertain people, not murder them in endless wars and blow shit up in the deserts of the world.

I’m talking to you, Mr. Presididn’t. And to your corporate handlers, and the cabal of enabling congressional morons that just left for break after not doing the jobs they’re supposed to be doing. 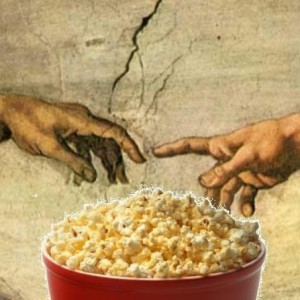