Glass-Steagall: Save Congress From Itself

There is no more important piece of legislation before the U.S. Congress than H.R. 1489 – Return to Prudent Banking Act of 2011. That’s because the U.S. banking system for all intents and purposes is insolvent. We all know Dodd-Frank did nothing to change this fact. Legitimizing gambling debts makes these obligations no more solvent in truth. Yet the banking system is stuffed with a mountain of these fairly pointless — worthless — gambling debts euphemistically called “securities.” These must be written off before Congress moves any further in its headlong race to see which party can piss on the U.S. Constitution without missing a drop.

It is this ongoing and accelerating effort to destroy the accomplishments of past generations that must be stopped dead in its tracks. Relentless pressure on Congress insisting that, Glass-Steagall immediately be restored will do the trick. The “you are either with us or against us” argument is worthy here, as is language suggesting that, opposition to Glass-Steagall displays seditious intent.

I have written a piece at my blog titled, “Why Demand Glass-Steagall Now.” There you will find presented the risk of an accelerating hyperinflationary breakdown of the U.S. economy along lines as occurred in Weimar Germany in 1923.

Let me be clear. Congress in its present conduct is hastening this end. Tragedy is they do not seem to understand this. The general lacking is fathoming that expression of tyranny the nation’s forefathers gave Congress capacity to overwhelm.

In the matter of arresting the U.S. banking system’s insolvency (and tyranny elevated pretending this isn’t so) the U.S. Constitution’s Article I Section 8 powers given Congress to “coin Money [and] regulate the Value thereof,” as well as establish “uniform Laws on the subject of Bankruptcies” will be well-accounted only with reinstatement of the Glass-Steagall standard on the American banking system.

Truly, in the matter of securing “the Blessings of Liberty to ourselves and our Posterity” at this critical moment in U.S. history it is Glass-Steagall or DIE. 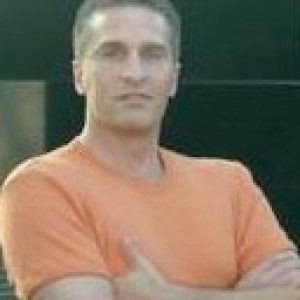 Glass-Steagall: Save Congress From Itself