If I might beg your indulgence, I’d like to offer you the perspective of someone who depends solely on the “entitlements” that will remain a bargaining chip with which to get the middle class some kind “tax reform” or whatever it is they’re supposed to do if this particular little austerity package manages to get through.

First off I’ll sit up and pay attention when the damned Democrats quit referring to a benefit that I fricking PAID for for almost 50 years an “entitlement”. That’s Republican terminology and I’m tired of the people who are supposed to be going to bat for the rest of us using it, especially when they use it in exactly the same negative context as the wingers do. I also want to know what their definition is of “reform”.

They may not have agreed to any specific entitlement “reforms” (yet)… dammit, WTF can’t we just call them benefit cuts because that’s all “reform” could POSSIBLY consist of… but the door is definitely still open and they’re still on the table and the outcome is still going to be dependent on the same kind of crap we’ve been looking at for the last two weeks.

The quotes are from an email from the White House:

By the way, going off topic for a second… for those of you that don’t face it on a daily basis, cuts in payments to PCPs ARE cuts in benefits. When your doctor will no longer treat you because he doesn’t get paid enough by Medicare/Medicaid, you lose that benefit. Spin it any flipping way you want, but it all bottoms out at you no longer receiving care for your problem. Nobody on Medicare/Medicaid whose been cut off from specialized care for the last 3-4 years is going to by into that “no cuts in benefits but only to PCPs” routine.

Oh, and then there’s this one which again sounds oddly familiar:

To Meet This Target, the Committee Will Consider Responsible Entitlement and Tax Reform. This means putting all the priorities of both parties on the table – including both entitlement reform and revenue-raising tax reform.

Oh yeah… kind of like the Catfood Commission and all those other “bipartisan” groups and gangs did in the runup to this past week. Those of us who live or die by those “entitlements” haven’t fared all that well as a result of all the political rat killing that’s gone on so far. What’s supposed to be different this time?

I’ve been hearing that same damned thing in various forms for two years now and so far, while I’ve been subjected to a ton of negative “reform” of my “entitlements”, the only thing I’ve seen happen tax wise is the damned Bush tax cuts for the rich got extended for two more years and all we got for it was the sorry assed spectacle of the last two weeks. Hell, we can’t even stop giving the fricking oil companies billions in subsidies and other handoutset alone get them to pay the taxes they should already owe.

Nah, when I see more specifics and some explanations of some of their basic rhetoric… especially an explanation of what “tax reform” means I may change my mind but I think for now, I’m just going to go with this guy and a whole lot of others who really don’t see any major difference in the way the corporate turdminions are going to conduct the public’s business here, either. I’m going to wait and see. Not like I had any real choice, is it?

Rep. Emanuel Cleaver, chairman of the Congressional Black Caucus, said early reports of the new deal appeared to be “a sugar-coated Satan sandwich.” The Missouri Democrat said the CBC hadn’t yet made a formal declaration that the group would oppose it, “but this is a shady bill.” 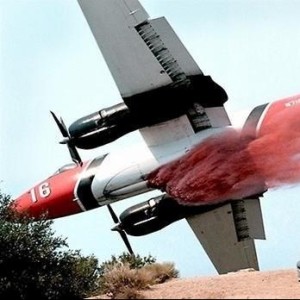