Machines and Monsters or Thriving Markets?

If you haven’t yet read it – and I admit I am late on this, as I am on nearly everything else – have a look at John Cassidy’s profile of Bridgewater hedge fund manager Ray Dalio in the July 25th issue of The New Yorker. Cassidy exerts most of his energy trying to figure out whether Bridgewater, which has bragging rights as the world’s richest and biggest hedge fund, is a Fountainhead cult, a Maoist re-education camp, or just a big bond-market player that happens to be run by a super-rich sociopath with intellectual “pretensions.” I was most struck by the passage where Dalio is “rambling” about how “everything,” or “almost everything,” is a “machine.”

“Almost everything is like a machine,” he told me one day when he was rambling on, as he often does. “Nature is a machine. The family is a machine. The life cycle is like a machine.” His constant goal, he said, was to understand how the economic machine works. “And then everything else I basically view as just a case at hand. So how does the machine work that you have a financial crisis? How does deleveraging work—what is the nature of that machine? And what is human nature, and how do you raise a community of people to run a business?”

I’ve talked about this view of nature, “the life cycle,” and the world as a machine in another context. Its philosophical heritage stretches back at least to the 17th century. But in Dalio’s case it’s hard to decide whether this is a considered view, informed by careful reading and thinking, or just some immature posturing, intended to create the impression that Dalio is an amoral übermensch. It’s not even clear how seriously Dalio takes himself: is everything a machine or is everything “like” a machine? The distinction is a crucial one, but Dalio wants to have it both ways.

It’s unfair, I suppose, to expect coherence and rigor from ramblings. And yet Dalio’s express goal – “to understand how the economic machine works” – deserves to be taken seriously. He’s betting the future of his firm on it; it’s key to his success. And it’s not just an offhand remark. As Cassidy explains, this mechanistic outlook is of a piece with Dalio’s crude social Darwinism.

He regards it as self-evident that all social systems obey nature’s laws, and that individual participants get rewarded or punished according to how far they operate in harmony with those laws. He views the financial markets as simply another social system, which determines payoffs and punishments in a like manner.

There’s nothing self-evident about any of this; and to track “all” social systems back to “nature’s laws,” whatever those are, is merely to admit one’s ignorance of social arrangements and social history and to confuse metaphors. The confusion, moreover, is not just Dalio’s; it’s general, and it fails us every day.

When, like Dalio, we regard the economy as a “machine,” and markets as a “social system,” we are inclined to put the system first and relegate people to the status of beneficiaries or collateral damage. The system does not serve human priorities. Instead, we put aside those priorities to keep a dysfunctional system running. The system “determines payoffs and punishments”; the system is the ultimate arbiter of our lot in life. We’ve already surrendered.

But we don’t have to. Umair Haque put up a post yesterday called “How Our Economy Was Overrun by Monsters and What to Do About It.” It offers a reminder that the market is a social construct – our construct, something not just hedge fund managers but human beings from all different places and all walks of life make and remake every day. And what we’ve created, says Haque, are monsters of opulence and greed, rather than markets that work for people and help us thrive. This is not just a moral reproach and it’s not (at all) an anti-capitalist rant. It’s simply about getting priorities right, and putting human prosperity before the efficiencies of a dysfunctional machine. 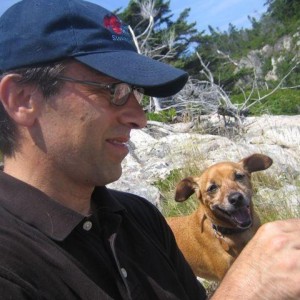 Machines and Monsters or Thriving Markets?