As I write this the 102nd Annual NAACP convention is going on in Los Angeles. Right now in fact they’re having their late night Worship service. It’s a quiet year for the convention – so far no controversial resolutions, no Presidential visits, just business as usual.

Last year was a different story.

The NAACP was celebrating it’s 101st year – they decided to draw up a resolution. Hilary Shelton, director of the NAACP’s Washington bureau explained it – “[the resolution] calls on the Tea Party and all people of good will to repudiate the racist element and activities within the Tea Party.” Once the story leaked that the tentative resolution had been drawn up, Ben Jealous the President of the NAACP followed up with, “It’s time for the Tea Party to be responsible members of this democracy and make sure they don’t tolerate bigots or bigotry among their members.”

I am saddened by the NAACP’s claim that patriotic Americans who stand up for the United States of America’s Constitutional rights are somehow “racists.” The charge that Tea Party Americans judge people by the color of their skin is false, appalling, and is a regressive and diversionary tactic to change the subject at hand.

President Reagan called America’s past racism “a legacy of evil” against which we have seen the long struggle of minority citizens for equal rights. He condemned any sort of racism, as all good and decent people do today. He also called it a “point of pride for all Americans” that as a nation, we have successfully struggled to overcome this evil. Reagan rightly declared that “there is no room for racism, anti-Semitism, or other forms of ethnic and racial hatred in this country,” and he warned that we must never go back to the racism of our past.

His words rang especially true in the immediate aftermath of the 2008 presidential election. It seemed that with the election of our first black president, our country had become a new “post-racial” society. As one writer in the Washington Post stated: “[Barack Obama’s] election isn’t just about a black president. It’s about a new America. The days of confrontational identity politics have come to an end.”

Oh if it were only true. If only we could bring this post-racial society into being.

The one where Blacks weren’t terrorized anymore by white supremacists.

Or where Muslims/Arabs patriotism wasn’t questioned by sitting members of Congress like some modern day McCarthy Hearings.

Or where Hispanic children wouldn’t get shot in their homes at night.

Or where former Governors from Alaska wouldn’t cozy up with guys from Arizona that have ties to White Supremacist groups.

There’s one thing tying all these together – The Tea Party.

As of yet, I haven’t seen the press releases decrying the murderers in their midst. I haven’t seen the Facebook status updates saying “They don’t represent us!” They just cry blood libel. They blame it on the Muslims, but never look inward.

My only hope is that they look to their leader, their savior… no, not the long-haired sandal-wearing hippy from Palestine, but the failed actor President Ronald Reagan. I’ve been sitting on this gem for a while now, waiting for the right moment to release it into the wild. The clip is from Ronald Reagan’s address to the 1981 NAACP Convention.

Reagan Speaking at the 1981 NAACP Convention- Watch it here.

“…And while our communication should always deal with current issues of importance, it must never stray far from our national commitment to battle against discrimination and increase our knowledge of each other.

A few isolated groups in the backwater of American life still hold perverted notions of what America is all about. Recently in some places in the nation there’s been a disturbing reoccurrence of bigotry and violence. If I may, from the platform of this organization, known for its tolerance, I would like to address a few remarks to those groups who still adhere to senseless racism and religious prejudice, to those individuals who persist in such hateful behavior.

If I were speaking to them instead of to you, I would say to them, “You are the ones who are out of step with our society. You are the ones who willfully violate the meaning of the dream that is America. And this country, because of what it stands for, will not stand for your conduct.” My administration will vigorously investigate and prosecute those who, by violence or intimidation, would attempt to deny Americans their constitutional rights.”

Zach Roberts is TheMudflats New York Bureau Chief and the Gil Palast Memorial Fellow, he has produced for BBC Newsnight. Currently he is working on his first feature length documentary, a film about Alaskan politics – The Rogue Candidate. 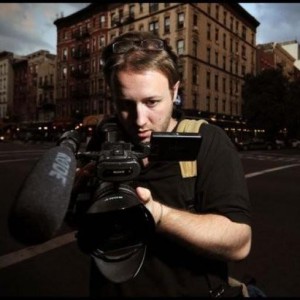 I currently work with BBC journalist Greg Palast. I have researched and co-produced several of his BBC/Democracy Now! investigations which are on DVD including Big Easy to Big Empty, The Election Files and Big Easy to Big Empty (available on DVD at www.PalastInvestigativeFund.org). I edited Greg Palast and Robert F. Kennedy Jr.s investigative comic "Steal Back Your Vote!" which is available as a free download at www.StealBackYourVote.org.

Occasionally I shoot for HuffingtonPost.com and PubRecord.org

Currently I'm working on documentary called The Rogue Candidate: A State in Denial You can also read my musings and rants www.zdroberts.com and www.theroguecandidate.com Contact me at zdroberts@gmail.com