If not laughing at least snickering.

While the US congress was battling over light bulb efficiencies (that much of the rest of the world has already adopted), China was busy adding more solar energy, more green jobs.  Many of the technologies may be invented and developed in the US, but China is turning that into companies, jobs and power.

Can US economy thrive as China rises?

The US economy retains top status, but Beijing’s economic engine is shrewdly built – and set to propel China forward fast.
Continued US prosperity depends on figuring out how to stay ahead of other nations that are out to eat America’s lunch.

China to double solar-power capacity by 2015

China’s lead in energy is not just in photovoltaics:

China ranks 2 as clean tech producer, US is No 17

The Chinese have made a conscious decision to capture this market and to develop this market aggressively,” said Donald Pols, an economist with the WWF.

“When you speak to the Chinese, climate change is not an ideological issue. It’s just a fact of life. While we debate climate change and the transition to a low carbon economy, the debate is passed in China,” Pols said. “For them it’s implementation. It’s a growth sector, and they want to capture this sector.”

But America needs a more coordinated approach if it’s to compete with China in clean-energy manufacturing and exports. A study published by the Harvard Kennedy School’s Belfer Center found that, unlike industrialised countries, China and most other major emerging economies coordinate and support energy R&D through government-owned enterprises. The study covered Brazil, China, India, Mexico, Russia and South Africa. By some estimates, investments in renewable-energy assets may total $2.3 trillion by 2020, yielding increased jobs and exports as well as reduced greenhouse gas emissions, for countries that harness green technology.

U.S. vs. China Currency War…Why We Will Eventually Lose

The U.S. is the winner today in the fight against the Chinese over currency valuation, but, as I say above, it will be the loser in the long term, as those short-term interest rates that are artificially low, huge deficits, and overtime money printing come back to haunt us in the form of a devalued currency and the rapid inflation that the Chinese are complaining about.

The US has the lead, in innovation, for now.

China vs. USA: Who will win the 21st Century?

Like the U.S., China also struggles with the issue of energy. China is a consumer, not a producer of energy.

But they are quickly getting very smart on the energy front. They are becoming the global leaders of clean tech – whether it is solar or wind.

They are also aggressively trying to move up the value chain. They are laying the foundations to compete in the 21st Century. They are building a great university system and they are working to get research labs in place.

But what we don’t have is a political system that can harness all of this and execute.

The last sentence says a lot – what the US does not have is  “a political system that can harness all of this and execute.” 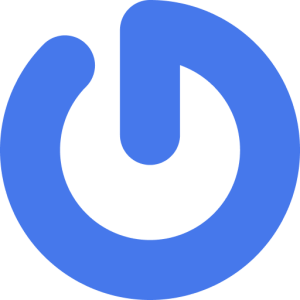