All over this country, our public education system and our teachers are under attack. Some people have accepted the meme shoveled out by the public school privateers (Republicans and Democrats alike), that poverty doesn’t matter and that our schools are failing.

But you have to wonder: is it that our schools are failing, or is it that society has failed our schools? In a time when school funding is at precipitously low levels across the country, when the work of experienced, good teachers, upon whose shoulders our democracy rests, is reduced to McTeacher, it’s time for parents and community to revolt and take back their public schools.

The revolt is taking root. This Saturday, thousands of parents and teachers from all over America are converging on Washington to tell our lawmakers and leaders that real school reform means that all voices should be heard. All stakeholders should be at the table, because the status quo of ignoring parents, teachers and students has not shown the dramatic results that privateers said we’d see.

Here and there are pockets of resistance against the dismantling of our public schools; most notably, in Rochester, New York, under the banner of the Community Education Task Force.

Why is mayoral control a bad idea? Well for one, it doesn’t work. This past February, the Collaborative for Equity and Justice in Education from the University of Illinois at Chicago, released a report called Should Chicago Have an Elected Representative School Board? A Look at the Evidence. The report is chock-full of information, but the one paragraph that leaps out at the reader, says

There is no conclusive evidence that mayoral control and mayor-appointed boards are more effective at governing schools or raising student achievement.

That alone should seal it shut, but the other reason why mayoral control is a bad idea is actually very retro, pre-1776, in fact. It’s called “no taxation without representation.” Since so many school districts are funded on a mix that includes property taxes, it is undemocratic to remove the layer of accountability for how those tax dollars are used to achieve the results we expect from our schools. As the report also tells us,

Chicago’s mayor-appointed board is comprised of elite decision makers who are neither representative of the student population of CPS nor directly accountable to the public. Board structures and processes severely limit public input in decisions.

Since mayoral control of public schools doesn’t work, the CETF decided to push back.  In organizing resistance, CETF organized meetings and events in which determined parents, educators, students, and community members built power together. Immediately recognizing that the task ahead was tremendous, CETF built coalitions with the Rochester Teachers Association (RTA), Rochester Association of Paraprofessionals (RAP), Board of Education Non-Teaching Employees (BENTE), and the Association of Supervisors and Administrators of Rochester (ASAR) in efforts to organize against mayoral control.

In light of the fact that legislation for mayoral control was being pushed through the New York State Legislature, CETF traveled to Manhattan and Queens in July of 2010 to rally and protest Malcolm Smith’s sponsorship of the bill in the Senate. The fairly tale of regular folks making a difference came to fruition, despite incredible odds and opposition. The powerful pro-mayoral control faction was bested when bill stalled and did not advance in the state senate.

CETF then faced a crucial crossroad. The question became, “Would they you go beyond opposing mayoral control to a wider agenda of progressive educational reform?” The response to this question was unequivocally, “YES!”. And so, three candidates emerged from the ranks of the CETF, to challenge the traditional Democratic machine and to represent the grassroots of Rochester’s public education stakeholder community. CETF’s Slate for Educational Change consists of Howard Eagle, Mary Adams and Wallace Smith.

About Mary Adams
Mary Adams is a parent of three children in the Rochester City School District. She has been a research nurse for fifteen years and has lived in Southwest Rochester for eighteen years. She also is a founding member of the Community Education Task Force and active community organizer.

About Wallace Smith
Wallace Smith is a Rochester City School District parent and grandparent. He was the last president of the historic civil rights organization FIGHT (Freedom Independence God Honor Today) co-founder of Freedom School in Rochester, and co-founder for Rochester’s branch of Alliance for Quality Education. Mr. Smith is also a founding member of the Community Education Task Force and an active community activist in Rochester.

And what will the Slate for Educational Change actually do? As Rochester City School District Board of Education Commissioners, they will work to:

These three battle-hardened and child-focused public education warriors are ready for the challenge but need your help to fight off the privateers. They’re up against a political machine that is content to capitulate when it comes to families and children. This is the same machine that whimpers when the privateers bark and, as quitters do, says, “poverty doesn’t matter. It’s just that teachers are bad.”

We need to stand with the CETF candicates as they draw their line in the sand and take back Rochester’s schools. Let’s take our stand with them, regardless of whether we have ties to Rochester or not. It’s time to make our stand against the privatization of our public schools.

How? Crack open your wallet. Take out your credit card. Visit http://www.communityeducationslate.com and part with $30. Or more. Or whatever you can afford.

Please, part with whatever green you can afford and help the CETF push the Slate for Educational Change across this finish line. Visit http://www.communityeducationslate.com today. 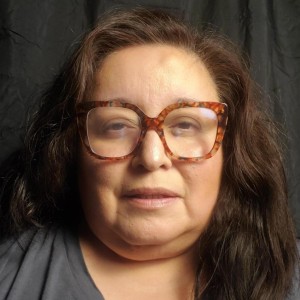