And Radiation For (Almost) All. Forever?

Why is my Uncle Freddy getting fish from elder services three times a week when before it was once a month? The Gulf of Mexico is toxic now, and the vast Black Ocean Current moves ultra-radioactive sea water from Japan into the fishery in the Gulf of Alaska, so the massive releases will be noted in seafood there too. This is not the old “supply and demand” principle in play! Who cares if Freddy glows in the dark, really?

And what about all that “depleted uranium” vapor, (used to destroy the tank battalions of Afghanistan?) that has nuked up every corner of the world? And those airport scanners (even though it takes very massive radiation intensity to pruduce full-body back-scatter imaging). Why is the ruling class so content to live with so much cancer-causing radiation? Ever wonder? Maybe this 1+3/4 hour-long video will explain it (very well indeed):

(This guy has a magnificent website. Don’t discount it until you at least watch this video! I have obtained copies of this entire 560MB show on CD — something I rarely bother to do!) 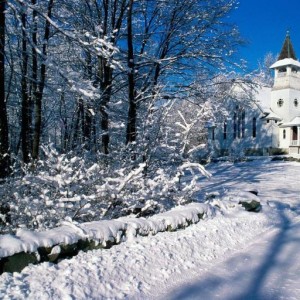 And Radiation For (Almost) All. Forever?