Is It Time for “Obama’s Scroll”? – Updated 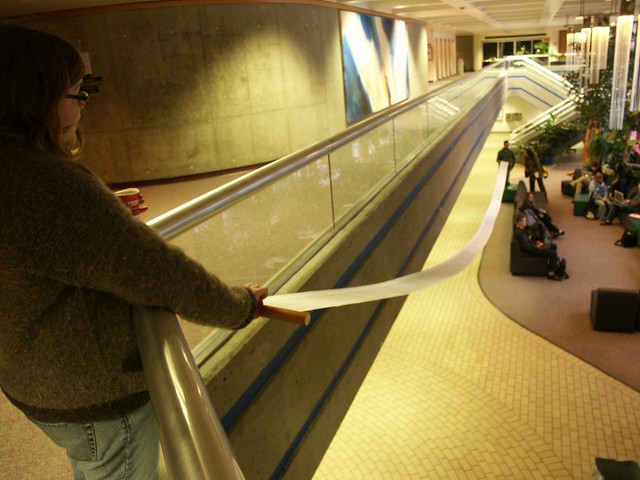 metamars’s diary, Have scientists discovered the cure for Obama-bot-ism?, prompted me to ponder whether it is time for me to make a new version of Hugh’s Scroll.

Looking at Hugh’s new Obama list, and comparing items on it to his well-known Bush List, I find the compilation disheartening.  Hugh has given me at least as much footage for a scroll on Obama in less than three years, as Bush gave us in almost seven years.

I was able to take Hugh’s Scroll of Bush Scandals to several local and area Democratic Party events in the run-up to the 2008 presidential campaign.  Naturally, the scroll was positively received, and praised as an effective visual aid.  How well will an Obama Scandal Scroll be received at our monthly Democratic Party dinner, if it turns out to be even longer than Bush’s scroll was? 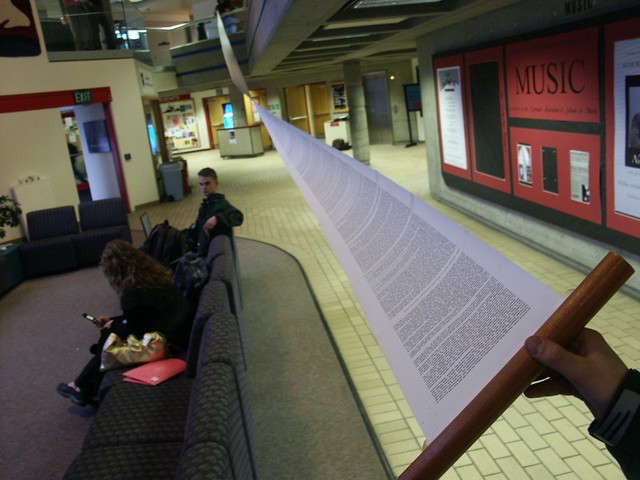 We’ll find out in August, when I roll it out. Looks like I need to buy about three new ink cartridges, eh?

Hugh’s Obama List is currently 105,067 words. When constructed, Hugh’s Obama scroll will be about 125 feet long.

That being said, there were 281 items on Hugh’s Bush list when I made it into a scroll. There are now 260 items on Hugh’s Obama list, but he has documented each entry in more detail than was the case for the Bush list. There may be a need for this, as it was easy to convince Democrats, for instance, of Bush’s perfidy, but you have to go into more detail to get the point across on Obama to these same people

Is It Time for “Obama’s Scroll”? – Updated