I wrote this rant in my blog about Democratic Underground which should be enough to see. The reason I wrote it is because I happened to agree with Jane Hamsher about Obama’s suporters are “the stupidest motherfuckers in the planet” (paraphrased). Guess what? I agree. I would like to add that the “true Democrats” that still remains in Democratic Underground happen to be the stupidest motherfuckers to remain loyal to the board when the board’s owners have betrayed many people, banned people, and just ignore the requests for reinstatement because they just don’t want to “deal with it anymore”.

While I was a member of DU (past, present and future), there’s always a schmuck (or two) that just doesn’t let you exist past the first few posts if the new user rubs them the “wrong way” – then a few minutes later, I get the Tombstone pizza. This has been happening to me since January when I wrote a very long rant in Democratic Underground suggesting that a primary from the left of Obama would be, indeed, advisable to get Obama to stop kissing Republican’s asses and giving away the boat and leaving us with a extremely old and rusty anchor. That was soon locked because the moderator “claimed” for me to advocate 3rd party. Nowhere in that (since deleted) post I made did I ever suggest a 3rd party – all I suggested was a Democratic primary to the left. Noooo, but Obama is GOD, they said – so they locked the thread, and on my farewell post (again since deleted – those mods are heavily in scrubbing mode) that I never suggested that there should be 3rd party primary.

That was the last post as a member that was in good standing for over 8 years, and 20,000 posts. And what do I get – an unceremonious kick to the corner. No “come back, please stay”, or anything like that. Since then I’ve been in a lurk mode, and been DYING to say stuff that I normally say for the last 8 years of my life that was my lifeblood – Democratic Underground.

No more. I’m done with Democratic Underground. I’m declaring it a right-wing haven that is extremely dangerous for those who are against Obama which many, many disaffectionated Democrats are rapidly becoming – and do you think that’s fair to THEM that the administrators (Skinner, EarlG and Elad) are just abandoning true blue liberals in favor for right-wing fucknuts? New people are suddenly “mainstays” are, in fact, trolls that has no business being in DU. If I was administrator, a lot of those new trolls would have been banned a long time ago.

Democratic Underground, in other words, are sell-outs. Many have fled DU and found homes elsewhere. One such home is Old Elm Tree run by several ex-DU’ers that have been banned, but created the forum in 2008 as a alternative to DU. Old Elm Tree has established their own identity and has been a welcome home to many ex DU’ers. 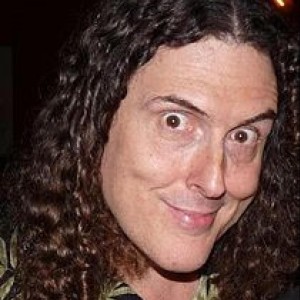