A while back, I wrote a piece for A2Politico.com in which I took the Michigan Democratic Party to task for, among other things, not supporting the efforts stop Public Act 4 (or, as I call it, the “Financial Martial Law Act”). Subsequent to that article, I contacted the Michigan Republican Party and several leaders of tea party groups around the state. Considering their support of smaller government and less government intrusion into the lives of our citizens, the consistent stance from them should have been a wholesale condemnation of P.A. 4.

Not surprisingly, the Michigan Republican Party never responded. I say I’m not surprised because their silence on this issue is nothing short of pure hypocrisy — a position that is hard to defend. They are constantly talking about local control and the rights of local governments to determine their own fate. Yet, when a law is passed that allows the state to strip away this control, dismiss elected officials, and replace them with a single appointed individual, they are hypocritically silent. In fact, there are plenty of Republicans on the record as supporting P.A. 4, including all of those in our state legislature that voted FOR it.

The tea party groups have been similarly quiet and, to some extent, this is even more hypocritical because smaller government and local control/responsibility are one of the main tea party tenets. I received only a single response to my inquiry. It was from former Michigan Senate candidate Todd J. Griffee from St. Joseph. He sent me a copy of a letter to the editor that he had drafted.

His letter is one of the most cogent and clear repudiations of the Financial Martial Law Act that I have seen. It is entirely consistent with the ideals of the tea party as I understand them. While I would probably disagree with Mr. Griffee on most things political, I am very impressed with his position. This is the kind of consistency that is missing from other tea party groups and, of course, the Michigan Republican Party, as well.

In his note to me, Mr. Griffee made it clear that he speaks only for himself. He is in no way a representative for the tea party or the GOP. That is unfortunate because his eloquence on this matter would be a breath of fresh air among the inconsistency and hypocrisy of most on the right as it relates to the Emergency Manager law.

Here is his letter:

Dear Editor – This letter addresses the misconception that Al Pscholka’s Emergency Financial Manager Law is a conservative or TEA party agenda. It is not! I am a conservative Republican and a member of the Southwest Michigan TEA party Patriots, but for this letter I only represent my own personal opinions. I can appreciate Rep. Pscholka’s argument of fiscal responsibility, but the ends do not justify the means. It is my conservative belief that government should be smaller, less-intrusive, more localized, and constitutionally based, and this bill is contrary to those beliefs.

I have heard arguments that Benton Harbor has long been dysfunctional, full of corruption, and a drain on surrounding communities. I will be the first to admit that the local BH government has made mistakes…otherwise they would not be in this position. I am uncomfortable with the arguments that BH is getting what they deserve. The allegation of corruption has been made. Where are the investigations, charges, arrests? Remember Due Process? If there is corruption then charge that official because the BH taxpayer deserves better…not only from their local elected officials, but from their state government. A state government that should be adhering to the above stated conservative and solution based principles.

I have taken some heat as a member of the GOP for not listening to rhetoric and standing behind my principle that we have way too much “nanny state”. Some of my critics are correct with their observation that I have not offered a solution that addresses the fact that communities do need to be held accountable for their actions so that their communities can return to being productive.

Here is my solution. I do not have a problem with the time frames or notification processes that initiates the EM. I do have a problem with the role of the EM. The state can constitutionally remove an elected official, but the responsibility of the replacement is that of the people. Therefore, the role of the EM needs to be adjusted from a role of authority to one of a consultant. The EM should enter this process like a consulting firm and identify the situation to determine recommendations and timelines. The EM then works in conjunction with the local government to establish a plan of correction and milestones. At this point all parties should be focused on solution. If elected officials are truly attempting to sabotage the process, then the attorney general should remove that official. But, that official has to be replaced by a vote in accordance with the election recall laws. That way the people have a say about their elected officials…this is a republic. This plan is both solution based and constitutionally sound. There is accountability while protecting the rights of the voters and their elected officials. It also avoids any appearances of impropriety or actual abuses by the EM in regards to issuing contracts, collective bargaining, shared services, or liquidating taxpayer property.

It has been an epidemic lately that legislators pass laws and do not foresee unintended results. We are seeing a pattern of laws becoming so litigious that one has to be an attorney just to negotiate through life. Personally, I like Rep Pscholka, but I feel like he really missed an opportunity to be a leader focused on solutions. The bottom line is that I have had it up to here with the “nanny state”. “We the people” do not need more threatening government- we need less government!

I’d like to publicly thank Mr. Griffee for his letter and his willingness to oppose those on the right that wallow in hypocrisy on this topic. Again, he and I are likely to disagree on most political topics. But I am willing to have a conversation and debate with someone who has principles, who defends those principles in a consistent and fair way, and who “walks the talk”. Mr. Griffee is such a person and his Republican and tea party colleagues have a lot to learn from him. 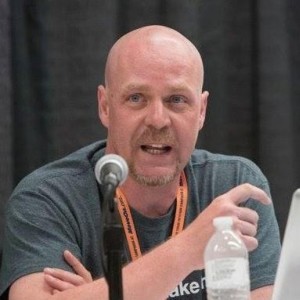