Truth Too Toxic? Monsanto Has Congress Change Reporting and Eliminate Data Collection for Pesticides Near Water. 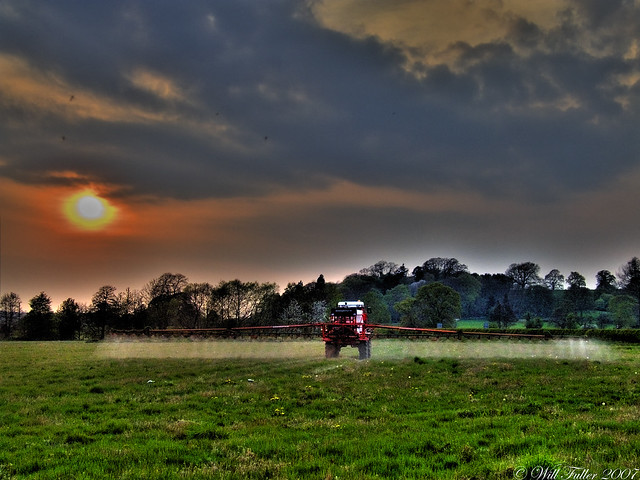 SPRAY ~from Will Fuller~

The Senate Agriculture Committee passed H.R. 872, the “Reducing Regulatory Burdens Act of 2011,” on June 21st, in a unanimous bi-partisan vote. The House of Representatives had previously passed this bill on March 31st, by a vote of 292-132. Given the fact that this bill made it out of committee with unanimous approval the full Senate will probably follow suit soon. There is no word yet as to whether President Obama will sign it, or veto it.

So…….why was this bill necessary?

And from Donny Shaw at Open Congress Blog today :

The bill would override a 2009 federal court ruling that agricultural chemicals, even those approved for use by the EPA, qualify as “chemical waste” under the Clean Water Act and, therefore, should require a special permit and set of guidelines to be sprayed in, around, and over bodies of water. The bill’s supporters argue that the special permits for use near water constitute duplicative regulation since the chemicals have already approved for general use by one government agency. Opponents argue that applying the Clean Water Act’s guidelines for minimizing how much chemical makes it into our water supply is good because, well, minimizing the amount of chemicals in our water is good.

Just as new revelations are emerging about the possible link between the most widely-used pesticide in the U.S. and human birth defects, Congress is working to liberalize pesticide-use policy in the U.S. to allow farmers and local governments to spray near public waterways without having to seek special permission under the Clean Water Act.

And lastly From Lucia Graves at Huffington post today :

Earth Open Source’s study is only the latest report to question the safety of glyphosate, which is the top-ranked herbicide used in the United States. Exact figures are hard to come by because the U.S. Department of Agriculture stopped updating its pesticide use database in 2008.

It just grinds you down after awhile doesn’t it? New research documenting seriously frightening problems with Monsanto products are being published every few weeks, and yet our elected representatives in Congress are choosing to facilitate Big AG, and Monsanto in particular, in ways that allow them to avoid accountability.

(all bold above added)

Truth Too Toxic? Monsanto Has Congress Change Reporting and Eliminate Data Collection for Pesticides Near Water.