Four decades of the so-called “War on Drugs” has produced incarceration of innocents, the suffering of millions of innocents, overcrowding of our prisons with non-violent citizens, the complete and utter waste of billions of dollars we don’t have on law enforcement, and the empowerment of underground drug gangs who thrive on violence.

Trying to find any tangible victory in this insane quagmire is like trying to take a dump with the toilet seat up. Firstly, how can we legitimately accept any notion that the government is sincere about eradicating pot when we have palindromes and Charlie Sheen? In 2010 the Federal Government spent a whopping $15 billion on the war on drugs, and all we have to show for it is some confiscated bongs, the picture of Michael Phelps, and that egg commercial. Pot is bad, right? So it’s imperative for citizens to engage in salubrious activities  such as drinking booze and eating whatever the hell Jimmy Dean makes.

The so-called “war on drugs” has been, and will continue to be an abject failure. There are multiple reasons, but the primary and the most easily resolved of these is to accept that most involved in the “war” effort are making money from the perpetuation of illegal drugs – crooked politicians, drug dealers, growers and or “designers”, law enforcement, penal institutions, pawn shops, gun manufacturers and retailers and their intermediaries, pimps, insurance companies, prosecutors, defense attorneys, drug treatment facilities, and on and on… then take that money out of the business.

But that may all change…

In an effort to end our irrational drug policies once and for all, Rep. Ron Paul (R-TX) has teamed up with Rep. Barney Frank (D-MA)  to introduce legislation legalizing marijuana in America. Despite the fact that “Campaign Obama” promised voters he would end this irrational war upon being elected, he appears to be too busy being all Dick Cheney with the constitution with regards to the “non-war” in Libya.

The fact is that there has never been a “war on drugs”, so abandoning its failed premises will not be “losing the war” – actually a conflict the execution of which has simply been a red-herring to enable posturing and extravagant processes and procedures to generate illegitimate revenue. Worse yet, the fictitious “war” empowers the DEA and gives the federal government tyrannical power to flagrantly ignore the 4th amendment  in searching peoples’ private residences.

Of course the 800 pound gorilla in the room is Big Pharma and its monopoly on way more dangerous pharmaceuticals that are widely used recreationally.  Big Pharma basically pushes synthetic cocaine in the form of Ritalin to hyperactive (minds of their own) children and spent $242 million last year lobbying with the US Federal Government. Now, Big Pharma is going after THC levels  in marijuana and hopes to sell them as prescription drugs.

Well, at least those glossy commercials of people frolicking around fields will finally make sense.

Here’s a glance at what the sane bill being introduced by Rep. Paul and Rep. Frank contains:

1. The legislation would limit the federal government’s role in marijuana enforcement to cross-border or inter-state smuggling, and allow people to legally grow, use or sell marijuana in states where it is legal.

2. The bill would be the first ever legislation designed to end the federal ban on marijuana.

3. Sixteen of the 50 states as well as the District of Columbia already have legalized the use of marijuana for medical purposes.

I applaud Reps. Paul and Frank for having the gusto and brains to finally take on this farce of a war after decades of failure on the parts of Congress and the Executive. It’s time to legalize it, regulate it, tax it, and give us all a big fat rebate check. It is not the job of the federal government to interfering the lives of responsible, tax-paying adults. It’s time to end the War on Drugs! 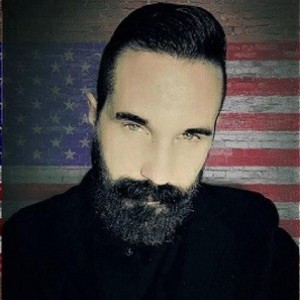