This week I am featuring a work by the famous Indian artist, Maqbool Fida Husain, since he just passed away on June 9th, at the age  of 95.  He painted in various styles, but most of his work I would classify as Surrealist. Reinterpretations of Da Vinci’s Last Supper painting were a favorite theme of his and he painted a number of them. This particular one was done sometime in the last decade, and is in the collection of the Museum of Modern Arab Art, in Qatar.  It is exhibited with the following note by Husain, which I will leave for you to interpret:

M.F. Husain was an extremely prolific artist. He created thousands of drawings and paintings during a working life that covered three quarters of a century.  Some of them caused a lot of controversy among Hindu nationalists, due to what they thought was disrespect to their gods, which caused him to leave India.

Due to time constraints, I’m not able to write more about his life and work today, but there is an excellent obituary in Al Jazeera, MF Hussain: The legacy of painting India.   And here is a link to a website with many images of his paintings.
Some excerpts from Al Jazeera:

Maqbool Fida Hussain died in self-exile in London on June 9 at the age of 95, leaving behind close to 40,000 paintings, an open debate about the state of India’s democracy, and tremendous respect for Indian art on the international stage.

“On different levels, Hussain made the idea of a contemporary artist real in India – an artist as a wandering free spirit, but he also made the market,” says Ram Rahman, photographer, art-activist – and a friend of Hussain.

“He always believed that Indian art had not been given its due recognition,” says Dadiba Pundole, whose Pundole Art Gallery in Mumbai has exhibited Hussain’s work since the 1960s. “So he tried to push the boundaries, not only in his style and subject matter, but also in how exhibitions were presented.”

Despite having a remarkable body of work displayed in museums and galleries around the world, friends say Hussain saw himself as a folk painter. A globe-trotter, Hussain constantly moved around, painting wherever he felt a spur of inspiration and often leaving behind a mark of his work.

When he was seventeen, Hussain moved to Bombay. He slept on pavements while he searched for work. His love for the movies landed him a job as a painter of cinema hoardings. The skills that he learned working with large brushes and expansive canvases would become a trademark of his art that always sided on grandiosity.

In the 1940s, when Hussain made his first splashes as an artist, the art scene in Bombay was quite small. Dominated by well-educated figures such as Francis Newton Souza of the Progressive Artists Group, they looked towards European Modernism for inspiration. Hussain, who was discovered by Souza, came onto the scene with an entirely different mentality.

“Hussain came from a humble background, a really working class,” says Rahman. “What distinguished him right away was that he brought the subject of working class and a theme of ordinary life.”

As the attacks on Hussain increased and other political parties did not resist the Hindu right – fearing they would lose votes for being soft – Hussain moved to Dubai in self-exile. He spent his final years shuttling between Dubai and London.

On another note, I would appreciate some feedback on what types of art people would like to see featured on these Saturday posts. My tastes are eclectic, and I have tried to show you things from different parts of the world, and covering different time periods, that you may not have seen before, as well as some of my personal favorites.  I have been avoiding some of the most famous Western artists like Van Gogh and Monet, not because I don’t love their work, but because people already are familiar with it. I have noticed that posts about art with some sort of political connection or subtext seem to generate the most comments, not surprising since this is a political blog.  I’d like to feature more art done by women, but sometimes it’s a matter of finding decent images that are available for a particular artist. I am open to suggestions, so tell me what you’d prefer; more architecture, abstract art, classical art, sculpture, folk art, any particular country or era?

Thanks, and it’s been really fun sharing my love for art with you. 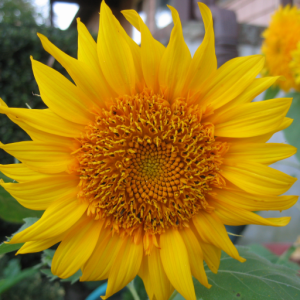 I am a baby boomer, born, raised and still living in New Jersey. I have been a waitress, programer/systems analyst & paralegal, among other jobs.
Interests: art, music, politics, reading, cooking.