Shame on Democrats for throwing Weiner under the bus

At least Anthony Weiner didn’t break any laws, like Senator’s Vitter’s frequenting of prostitutes. The Republicans didn’t throw him under the bus; in fact, last week they threw him a big fundraiser at a cost of $2,500 a plate.

FDR, JFK, and other Presidents had affairs in the White House; and Clinton got a BJ in the Oval Office. So this guy sextexts and plays with his genitalia? No harm, no foul.

If everyone who played with their genitalia on the internet lost their job, I think the unemployment rate would be a hell of a lot higher than 9.1%. The same standard should apply to all, including members of Congress and other offices.

Instead of investigating individuals for sexual peccadilloes, how about convicting at least one of those Wall Streeters for stealing trillions from us and causing the collapse of the world’s economy?

And this nonsense about the Democrats feeling that Weiner’s scandal would divert public attention from more important issues is something I question.  We already know that President Obama is once again selling out the Progressives by nearing a deal to cut $2 trillion from social programs without any corresponding revenue increases.  Eric Cantor has revealed so much.  Plus the media was already losing interest in Weiner’s story and was beginning to move on.  Furthermore, the lame argument that Republicans would use it against Dems in 2012 is utter nonsense.  How could they after giving Senator Vitter a pass?

No, the Dems threw the most Progressive voice under the bus because he was a thorn in their side, reminding the public about just how unprogressive the rest of the Democrats are, especially President Barack Obama.  In fact, he showed them up for what they are:  corporatists, Wall Streeters, centrists, appeasing Republicans and the rich, ever moving inch by inch more to the right of center.

Well, in 2012, I’ll throw all the Democrats under the bus:  I will not go out to vote for a Party that gives tax breaks to the rich, cuts trillions from social programs including social security and medicare and medicaid, fails to advocate for a single-payer healthcare system but a plan for big insurance and pharmaceuticals, fails to bring troops home but extends our military in other countries, entertains Wall Street, appoints Wall Streeters to the administration, bails out Wall Street, fails to propose a major jobs bill on the scale of the WPA or CETA to rebuild our infrastructure, etc. 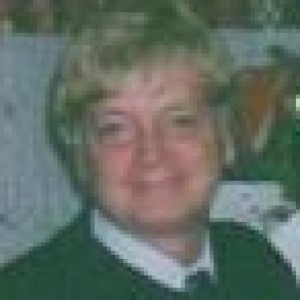 Shame on Democrats for throwing Weiner under the bus