Part II–> I am Female, What about You?

The proverbial shining light on the hill, can shine even brighter to light the way

toward a safe future for the transgender children of today and tomorrow. Every generation has a calling. Do not let yourselves be deceived—this is our calling. Lest you minimize my passionate plea for unity and civility….remember this–>we euologize our fallen sisters and brothers annually in a “day of remembrance”…victims of phobia the likes of which I and all of you have and are facing…often daily incessantly. We also euologize our fallen sisters and brothers who chose a self-assisted exit out of their daily hell. Today, we carry the baton for the fallen and for others who in fear and dread are living in inner turmoil—afraid to begin a transiton that despite heavy costs will finally bring an inner satisfaction possible only through transition.

This internecine warfare, which I believe is wholly incited by non-trans adversaries,

has caused us to race against ourselves. Our race is not against each other but against our true opponent: acute and lethal phobia. I am one of you. I am and have paid a heavy cost. The costs have catapulted my “blessed assurance” off of the bench and onto the field—and so your costs should do the same. What we do today, will determine whose name will be written onto our “wall”…who will be eulogized in our “Annual day of Remembrance”. Basic intelligence tells us that we can unite and create “phases of transition” depending on where we are in our transition—not as a hierarchy or promotion—but as allies so that we can gain true workplace legitimacy—so that employers and coworkers truly understand and respect that M and F are gender designations that are anything but static…that physiology and doctors can and have gotten it wrong—we are now always whom we appear to be “as delivered”.

The very first phase for many of us is exploratory…we dare to wear clothing not commensurate with our gender.

The very next phase ceases to be exploratory and is indeed medical, surgery notwithstanding. It begins with therapy, followed or accompanied by the administration of prescribed “medicine” to effect physical change. The final phase, the focus of our “not-so-civil” war, although not ubiquitously required for a legal change of sex/gender, is of course surgery—genital reconstruction. Deservedly so, due to this ultimate and final correction to our most private of areas and despite prohibitive costs, those who complete this phase have overcome tremendous odds at a prohibitive cost for most of us. Whereas the first phase is exploratory and unable to be substantiated by documental corroboration, this final phase (surgery) involves and invokes the most extreme of privacy laws known as HIPAA laws—of which genitalia is considered to be amongst the most private. “OP” status is nobody's business…not even amongst our own—anywhere unless legally mandated for disclosure. Why then make it an obligatory basis for exclusion within our own community as has occurred? Although many have subjectively justified it, none of us supersede law, which in most venues, makes our “OP” status a non-issue and arguments in favor of exclusion based on “OP” status fall short, lacking true validity.

I have submitted, in writing, to the DSM “panel”

highlighting the obvious contradiction that exists between a “mental” diagnosis and a “physical” remedy. Additionally—notwithstanding the argument that diagnosis validates our medical need for transition up to but not always including surgery—I have implored them to realize the belated need to reclassify GID from “disorder” to condition, or its complete removal…no different than what occurred in 1986 with the declassification of homosexuality. I also emphasized that their decision will have a lasting impact for years and ultimately have by consequence an impact on “who will live and who will die”…as has already occured from the stigma known as a “mental disorder”—-tucked in with other “deviant and deranged” disorders that truly are treatable only by psychological mind-altering medication, not by the hand of an endocrinologist, a physician, as is a gender transition.

Our instinct tells us that our deep and inner hurt that all of us feel,

whether transitioning children or adults…or that of the parents and families…is by far unmerited…undeserved—targeted persecution often by those who claim to be true followers of Someone who walked amongst us— not only taught but exercised compassion, forgiveness…and especially love without condition. Again…our focus must be vertical…not lateral toward each other. I hope I have succeeded in my objective: refocus on our true opponent(s)….not on ourselves…lives hang on the balance. We are privileged to live in historic times relative to gender…my hope is that our legacy will be that an adult transition becomes the exception and not the rule due to our struggles—that they will precipitate childhood screening for the future and more humane version of what now know as “GID”. Only by progressing through puberty and exiting as the sex/gender we know we are will pain and suffering be ameliorated. The costs to our nation—measured in the loss of productivity as we are systematically deprived of income—will turn to profits to the benefit of all. Just as the struggle to equality that was overcome by other disenfranchised groups, undoubtedly our struggle will likewise be judged to have been a shameful period in our history. Many of us, including myself will never see it, but a legacy is just that—for our offspring and not for self. 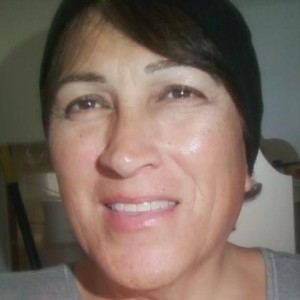 Part II–> I am Female, What about You?