Even for him, Brooks is teh stupid today.

Without noting that we’re in the worst economic situation since the Depression. Without noting why the “structural changes” he cites later occurred.

To be fair, he does talk about structural changes in the economy.

That said, let’s look at his proposed solutions:

It will probably require a broad menu of policies attacking the problem all at once: expanding community colleges and online learning; changing the corporate tax code and labor market rules to stimulate investment; adopting German-style labor market practices like apprenticeship programs, wage subsidies and programs that extend benefits to the unemployed for six months as they start small businesses.

The first? Many U.S. jobs don’t need college or even associate’s degrees. In many cases, there’s a glut now. This is the faint neolib, or more accurately, for Brooks, technoconservatism answer. Or, nonanswer; it’s no more an “answer” comiong off Brooks’ lips than off Obama’s.

Neither one addresses, meanwhile, how college costs are spiraling out of control even as the federal government has cut back on financial support for college students over more than a decade.

The second? Brooks is saying put even more loopholes in the corporate tax code, and probably saying, make it easier to fire people in more unionized states. So, totally wrong.

The first part of No. 3 is great, but, Brooks ignores that we do have a certain amount of vo-tech at the high school level and more at the community college level. He also ignores that there’s no way in hell conservatives will sign off on “social engineering” at the high school level or paying for the number of and quality of high school career/guidance counselors to actually make this work. It also ignores the degree of labor-management cooperation  in German-style apprenticeships; in America, the business class would convert this into serfdom.

Damn, Brooks forgot to talk to his boboes.

I have a better idea.

Let’s force every bank that got bailout money to hire unemployed construction workers. They’d surely be more honest than the bullshit peddlers who got us in this mess in the first place.

There, Mr. Bobo. How’s THAT for societal transformation?

Because, societal transformations are about societies, which are made up of people, not Taylorite units of work.

Beyond stupid, a fair amount of Brooks’ proposal is … well, sterile.

We could say that about both the neolib and the technocrat conservative sides of this issue, pretty much. 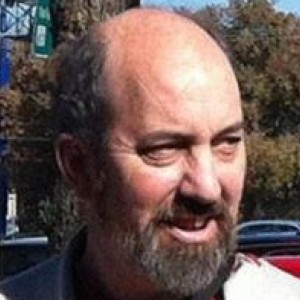