A week ago Sunday night, people immediately celebrated in the streets all over the country. It wasn’t about an election or a sporting event. Do you suppose there were more Americans celebrating then, or on election night 2008? It didn’t matter that Obama was a democrat last Sunday… he is an American President that has avenged this country like no one else ever has.

This is a golden opportunity for Republicans who want to safely seperate themselves from the back end of the party. Think about the political landscape right now, and imagine what being a Palin/Bachmann/Trump noodler a year from now will look like. Or a Rove/Cheney/King Republican. If you’re uncomfortable with being associated with those who are immediately promoting the merits of torture immediately after catching Bin Laden… you can safely step away. If you’ve always been uncomfortable with the ugly, enormous effort to slander President Obama as un-American and “week on terror”… you now have plenty of company, if you want to simply credit and congratulate the President and his administration, feel good about it… and be there as a mature, modern GOP reveals itself again.

We just demonstrated the baddest, most advanced warfare the world has seen, by catching and killing the world’s most dangerous terrorist. A stronghold in the Republican playbook, campaigning against Democrats… every damn day for years, has been the story about the weak Liberals… who don’t understand the threat of terrorism, and don’t take it seriously… who “don’t even use the word -War- enough”… and “aren’t going to keep us safe”. You want to get back to having to sell that story, and defend Rush Limbaugh?… or do you want to move forward working with the coolest guy on the planet?

I’m not saying be a Democrat. What I’m saying is… be the American you want to be without hesitation. I dare ya. the cool, smart, reputable people in the Republican party… the ones the independents listen to… understand that not only is President Obama as American as apple fucking pie right now… but that he’s compromised, accomplished and performed like a great President.  And despite the wave of sonic B.S. we create every day… the truth usually sticks hardest to history. When that truth is carried by monumental achievements… it’s tough to beat. This is what we’re seeing… an administration led by a centrist Democrat that is all that, moving through a complex landscape of global threats and threads… working well with Republicans, with class… and coming out on top.

If you believe that the most important job of a Conservative isn’t to get into power and discredit Democrats… but to serve your country by collaborating with your fellow man… please step up. This is your moment too. 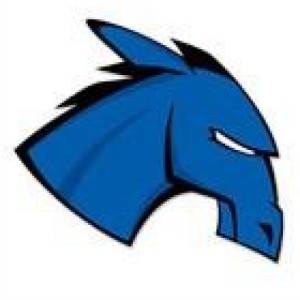