[This essay originally appeared May 2, 2011, on the Texas Observer website, http://www.texasobserver.org/oped/delivering-educational-products-the-job-formerly-known-as-teaching]

Hi, I’m Robert Jensen, a provider of educational products to consumers at the University of Texas at Austin.

I used to introduce myself as a UT professor, but that was before I attended a Texas Public Policy Foundation session, http://www.texaspolicy.com/events.php, last week offering more exciting “breakthrough solutions” to the problems of higher education.
At that session in a downtown Austin hotel, I learned that these very real problems — escalating costs and questionable quality of undergraduate instruction — can be solved in the “free market.” You know, the free market, that magical mechanism that gave us the housing bubble/credit derivative scam/financial meltdown. The free market that has produced growing inequality in the United States and around the world. That good old free market.

The solutions offered by representatives of the Cato Institute’s Center for Educational Freedom, http://www.cato.org/projects.php#cef, and the Center for College Affordability and Productivity, http://centerforcollegeaffordability.org/, in the morning’s first session focused on ending public subsidies for higher education and treating it like any other business. These insights come on the heels of the much-hyped “seven breakthrough solutions” that TPPF has been pushing. (Read about them at http://www.texashighered.com/7-solutions, and for a satirical treatment go to http://www.xtranormal.com/watch/11833574/the-7-breakthrough-solutions-for-higher-education-part-i.)

Not surprisingly, both panelists spoke in the language of the market, turning education into a commodity. Panel moderator William Murchison, a conservative syndicated columnist, chimed in during the discussion, referring to “consumers of the educational product.”

I think that means students.

That pithy phrase led me to the microphone in the Q&A period, where I asked whether in this mad quest to turn higher education into a business the panelists might not be promoting efficiency so much as guaranteeing the final destruction of what’s left of real education. I said that I found it difficult to understand my teaching — which focuses on how citizens should understand concentrations of power in government and corporations, and on how journalists should respond — as “an economic exchange,” in the words of Cato’s Neal McCluskey.

Both McCluskey and Matthew Denhart from CCAP responded with more of the market mantra and didn’t seem to recognize, or care, that commodifying education might have implications not just for how we organize institutions and evaluate professors, but for learning itself. Denhart responded that the “product” doesn’t have to be solely job training, but would include instruction in “esoteric concepts.” Those apparently are the two alternatives in college classrooms: purely practical or interesting irrelevance.

That got me thinking about my favorite class, “Critical Issues in Journalism,” the large introductory course I teach in the School of Journalism. The course tries to examine — rigorously, but in plain language using clear concepts — the nature of democracy and the role of the news media. My goal is to model the critical thinking that is crucial for citizens and journalists in a world facing multiple crises (political and economic, cultural and ecological) with dwindling hopes for a smooth transition to a just and sustainable future. Rather than accept the shallow platitudes of American democracy or the self-serving claims of American mainstream journalism, I encourage students to challenge the conventional wisdom (and me).

My students can speak to how well I do that, but my interest here is in how I understand the nature of what I do. When I think of when the class seems to work best — the moments that students seems to be most engaged with these crucial questions — it’s difficult to think of myself as delivering an educational product or of my students as consumers.

Instead, I’m happy with being a professor. I profess.

“Profess” can be used in different ways — to make a disingenuous statement (“He professed to like his boss”) or to announce religious commitments (“She professed her faith in God”). But I use it in the sense of making a public claim to knowledge, with an openness to respond to critiques of that claim. When it really works, students not only listen to professors but learn to profess themselves. When it works, I’m just an older — and, one hopes, at least slightly wiser — version of my students.

That experience can happen in vocational training as well as in courses more philosophically focused. Good journalism writing teachers, for example, know the joy of professing the love of the craft and helping students discover that joy. The presumed division between training and intellectual work occurs only when teachers accept that false divide and abandon efforts to bring the two together.

I don’t want to appear naïve; I realize that much of what happens in American college classrooms (including mine, of course) falls short of these ideals on any given day. The question is not whether we sometimes fail, as we all do, but why failure sometimes becomes routine. On this count, ironically, I agree with some of the critiques coming from the TPPF.

After 19 years of full-time teaching at the University of Texas, I’ve heard a lot of legitimate student complaints about professors who don’t care about teaching. I’ve complained myself about the irrelevance and inanity of so much of the “research” produced in the disciplines I know in the social sciences and humanities. I played that research game for my first six years to pass inspection and get tenure, but after that I dropped out of the scholarly publishing arena to concentrate on writing for a general audience. Shortly after that I stopped teaching graduate courses out of frustration with the self-indulgence of so much of the research/theory crowd in the study of media and mass communication. These days, I enjoy the challenge of connecting with undergraduates, writing about political and social matters, and speaking in public.
Let me be clear: This is not an anti-intellectual screed or an attack on systematic thinking and inquiry. I have learned a lot from the work of other scholars, which is reflected in the courses I teach, and such thinking and inquiry is more needed than ever to face these deepening crises. My writing for general audiences is rooted in research, defined more broadly. But the critics of the university have a point. Increasingly, the academic game that most professors play is so self-indulgent that ordinary people — not just reactionary ideologues with libertarian fantasies — will not, and should not, support it indefinitely. Education is not a commodity, but economics are relevant in the sense that we don’t live in a world of endless resources.

But here’s where I part company with the critics: Instead of pretending to be able to measure faculty output and draining the life from teaching, we need to embrace the ideals of the university rather than capitulate to the false promises of failed market ideology. The obsessions with measurement and testing have nearly destroyed K-12 public education, and if applied to higher education it will have similar effects.

That model may be particularly attractive to those on the right precisely because it is so effective at undermining the kind of critical thinking some of us are trying to encourage in our classes. As U.S. society has moved steadily to the right over the past three decades, conservatives have been eager to eliminate the few remaining spaces in the culture where critiques of power — especially concentrated economic power in a society marked by obscene wealth and indecent inequality — can flourish. Some parts of the modern university — especially those teaching business, advertising, and economics — are devoted to propping up that power, and much of the rest of the campus is not far behind. The corporatization of the modern university — both in internal organization and reliance on funding from corporations and corporate-based foundations — has done much to eliminate critical thinking that is connected to struggles for political and economic justice. The victory of the market model would be the end of real education, if by education we mean independent inquiry into the power that structures our lives.

I’m encouraged that UT President Bill Powers — who appeared on the second panel of the day, and had to endure the self-aggrandizing ramblings of fellow panelist and TPPF Senior Fellow Ronald Trowbridge — supports faculty in this debate and recognizes the threats to academic freedom embedded in this market madness. I have disagreements with the university administration about many things, but we faculty would make it easier for administrators in that debate if we not only press the institution to support us but engage in critical self-reflection about ourselves.

In hallway conversations, faculty members will express frustration about bad teachers (though there is not always agreement on which colleagues are the bad teachers) who are allowed to continue to muddle along. Many worry that the demands for scholarly production have become so focused on quantity rather than quality that much of what is published in academic journals is of little value, even for specialists in a disciple.

Acknowledging these systemic failures doesn’t detract from all the good teaching done in universities, nor does it lessen the value of the important research of many faculty members. Instead, it should simply remind us that we owe it to the state, our students, and ourselves to confront these issues. If we don’t, the reactionary forces that increasingly dominate the culture will take care of it for us, and instead of breakthroughs in higher education we will witness an accelerating breakdown. 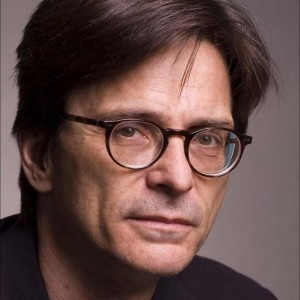