The One About Joe Bageant And The Dirty “W”‘s

If you fancy yourself a Progressive, and are not a neo-Luddite, then you have probably already been informed via Facebook, or Twitter, or some other wonderful info sharing service about the passing of Joe Bageant over the weekend.

There have been and will be a lot of heartfelt articles written about Joe, by people who knew him. People who counted him as friend, or mentor, or inspiration. I wish I could count myself as amongst the former two, but will have to content myself with belonging among the latter one.

There is a great deal about Joe that is praiseworthy. The honesty of his writing. The warmth and humor and humanity that shone through his work. These are good things for a writer and for a human being to have.

But there was something specific to his work that touched me deeply and has been a large influence both on the way I think and the way I write about Progressive issues.

It was the fact that Joe was not afraid to talk about the two dirty “W”‘s. Words that all too often Progressives seem unable or unwilling to talk about. Oh sure they might discuss them obliquely, but seldom if ever directly.

The dirty “W”‘s to which I refer are two words.

The first is “Working Class“.

I am I couldn’t say how many generations of that class. I saw my father obtain the trappings of the middle class life, only to watch as he was crushed when it was all snatched away from him by a country that was rapidly changing. A country that was moving from an economy of industry and manufacturing to an economy that seems to export bullshit as its primary product.

So when the members of the Corporatocracy decided they didn’t have enough wealth and turned their hungry gaze on the middle class and began to strip them of their mediocre share of the money pie before the first decade of the twenty-first century was even near done I will not lie, I shed no tears. I’ve known for the last twenty years that this time was coming. Meanwhile everyone from the most centrist pseudo Liberal to the truest far Left Progressive seemed to be talking in panicked tones about what could be done, “To Save The Middle Class.” Oh so well-meaning all of them. And all so fucking blind. Even one’s that I have enormous respect and affection for like Elizabeth Warren. Blind. Well allow me to open your eyes. Here’s the secret. The one that almost no one seems to want to talk about. Without tadpoles, there are no frogs. Likewise without a healthy and prospering working class There Is NO Middle Class. It’s just that simple. This is the way it is supposed to work. The poor dream of being working poor, the working poor dream of being working class, the working class dream of being middle class, and the middle class dream of being rich. The ideal, the admitted fantasy was that if you worked, and saved, and did the right things and the smart things then it was possible for you to move ahead, to make a better life for yourself and your family. Then through education and a certain amount of reasonable assistance to level the playing field your children would be able to do a little better than you.

But the Master class in the seventies didn’t feel they had enough. Not enough money. Not enough drugs and toys. Not enough whores and sycophants. And worst of all they made themselves as insulated and isolated as possible from any potential wrath. In the thirties, people were hungry, and angry, and miserable. Miserable enough to act up and just possibly make life equally miserable for their Masters, or for some of the less pacifistic to even end those lives of privilege. It had the Master class scared. Just scared enough to decide that it was better, safer, for them to play ball with Roosevelt’s New Deal than to take their chances with the serving classes.

But then came the boom of the war years and those in the starving classes saw things get just a little bit better. Better enough that they started to worry about keeping what they had. And so while the mass of Working Class Americans went to bed satisfied enough they stopped keeping a close eye on the doings of the Corporate Fuckpigs. And while they weren’t looking those same Fuckpigs with gradual swiftness silently undid every bit of protection put in place for the average working person. Financial protection? Gone. Social safety net? Cut to shreds. Now there are even those who would do away with things that were once considered the unassailable bedrock of this country. Things like the minimum wage, Social Security, and public fire fighting departments. They seek to return us to a time when we all drew breath at the pleasure of our “betters”

But read Joe’s writings, a concern for, a love for, and an identification with The Working Class permeates every thing he writes. He understood that without a healthy, thriving working class, the middle class is nothing but a drunken delusion. And he understood that the country was staggering towards sobriety like a drunk staggers towards wakefulness after a month-long bender.

Someone else might have injected a tone of hope into his prose. But not Joe. He spoke his truth no matter what anyone felt about it. Sometimes I think that even included himself. I think he wanted to have hope, hope for a great Progressive awakening. Kind of the way one hopes a loved one will get off the booze and into sobriety. But Joe was a keen observer and he knew that America was more likely to hunt up the bottle, even if there was only dregs and take a long deep pull in the hopes of getting drunk enough to escape back into the sweet delusions that held so many of us in thrall all these years.

But Working Class wasn’t the only dirty “W” that Joe was brave enough to talk about. He also was the master of talking about “White People”.

Is there any group of people that Progressives are more afraid to speak of? And who can blame them. Far too often the ones who would speak up to defend poor and working class whites will not talk of the perpetually shitty deal that the system has given them right along with people of color, but rather continue the poisonously delusional bullshit of insisting that the working and poor whites only suffer because of the programs created to help poor and working people of color.

Joe was the only writer I have found so far that was able to articulate the stinky donkey shit deal that poor and working class whites have been given in terms that made central a simple truth. When the Master Class gazes upon one of us from the lower classes, they don’t see black, or white, or male or female. They see us only as objects, to be used or made useful and if we cannot fulfill those two purposes then we are to be discarded. Joe understood that the only time that the color of a poor person’s skin matters to the Master Class is when they want to fool that poor dumb white sumbitch into making common cause with the oppressor against those with whom they actually have the most in common.

I will tell you now that I am as white as they come, but I would be a lot quicker to trust a black man I’ve never met who looked like he knew what a days work was than a white man in a suit who looked like his idea of struggle is deciding whether to summer in France, or on the Cape.

It was from Joe that I learned to have as much sympathy for working class and poor white people as I do for anyone else. because we have all been handed the shit end of the stick. The shape of the stick might be different from group to group, and the smell of the shit might vary, but in the end there is only one “Us” and only one “Them” if you have eyes to see beneath the crap they’ve stuffed into our heads for the last couple hundred years.

The only other person I’ve come across who managed to make any of the above truth evident was Howard Zinn. Another hero in the Progressive struggle whose loss is very keenly felt.

In the end, I can’t claim to know what kind of person Joe Bageant was. For all I know he was a card cheating, wife stealing, horse rustling son of a bitch. I only know him through his writing. But that writing made a change in me more profound than anything I’ve known in some time. So I figure that’s good enough.

Keep The Faith My Brothers And Sisters!

Late, Late Night FDL: My Life Would Suck Without You 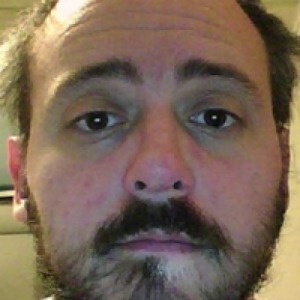 The One About Joe Bageant And The Dirty “W”‘s