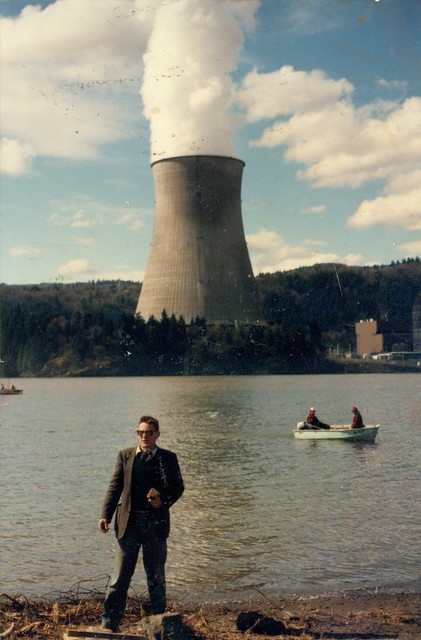 Back in 1991, I began composing an electromusic ballet for robots, based on the 1984 through 1986 notebooks of Washington state sculptor, James L. Acord. In the notebooks, Acord attempted to devise a warning system for the species that would inevitably succeed humans, after we had killed off ourselves and much of the other life on the planet, through nuclear radiation.  I finished the ballet.

Acord never completed his warning system. We both moved on.

In 1989, James Acord moved from Seattle to Richland, Washington.  He had been hounded from Capitol Hill in Seattle, when his neighbors objected to Acord’s grinding of orange Fiesta Ware bowls and plates into powder. 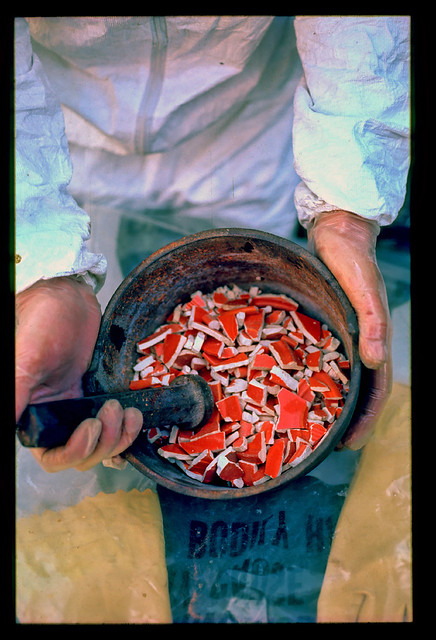 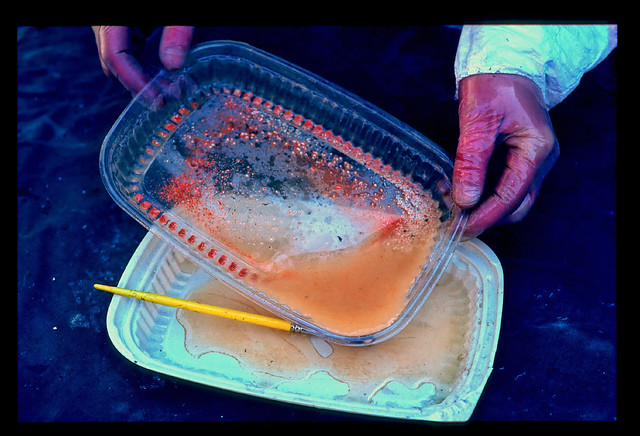 Capitol Hill residents objected. His community voted to declare itself a nuclear-free zone. Acord was invited to move his efforts to a storage shed behind sculptor Rich Beyer‘s Fremont District studio. 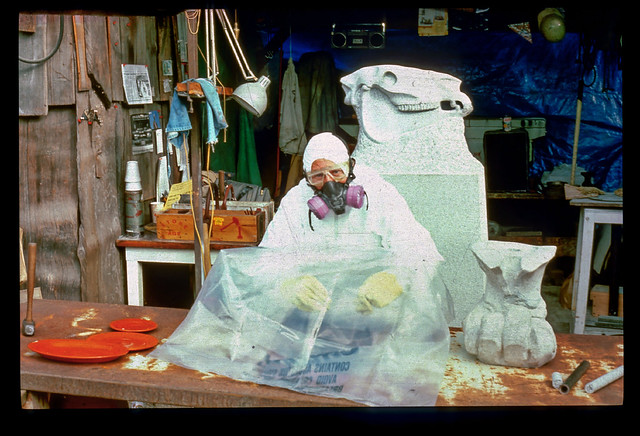 Once again, when the community found out about the radioactivity of Acord’s material, they declared the neighborhood nuclear-free.  About that time, he was invited to speak at a conference in Richland, Washington, a community with a different attitude toward nuclear activities than Capitol Hill or Fremont. British author and editor James Flint described Acord’s 1988 Richland visit:

After giving his lecture in Richland, Jim took the opportunity to look around as much of the Areas as he could. Most of the reactors and processing plants have heavily restricted access and are only distantly visible from the highway, ominous and utilitarian grey hulks hunkering down beneath the vast skies that range above the steppe. One of them, however – the Fast Flux Test Facility (FFTF) – had a visitors’ centre, and Jim dropped by. FFTF is an experimental sodium cooled reactor, and is regarded as one of the most advanced reactors – machines, even – on the planet, although it is currently on ‘cold standby’ and in danger of being permanently shut down along with the rest of Hanford’s federal operated reactors.

That afternoon, looking through the display cases at examples of nuclear hardware – insulated piping, fuel tubes, steel and lead shot filled concrete – one display in particular caught Jim’s eye. It was of a fuel pipe, yet it wasn’t the pipe itself which attracted him. The pipe sat on a pedestal made of 316 low swell stainless steel, and the machinist had not just made the plate bevelled the edges but had put a curlicue pattern across the entire pedestal, made using a techique called knurling. Originally a way to aid distribution of lubricant between two moving parts, knurling has become a kind of mark of excellence for machinists. The fact that such care had been taken over this simple pedestal told Jim that the people who had built this reactor were not just normal construction workers; they were craftsmen of the highest order, who displayed through their work a pride and obsessive attention to detail that is rarely seen outside of medieval cathedrals. Jim, always on the look out for new skills to learn, was in love. ‘I said to myself, this is where I want to learn to weld titanium and this is where I want to do zero tolerance casting. So I moved there.’

Acord’s visit led to a 14-year residency in the USA’s most “atomic” community. Here he is, posing with a group of Hanford nuclear scientists: 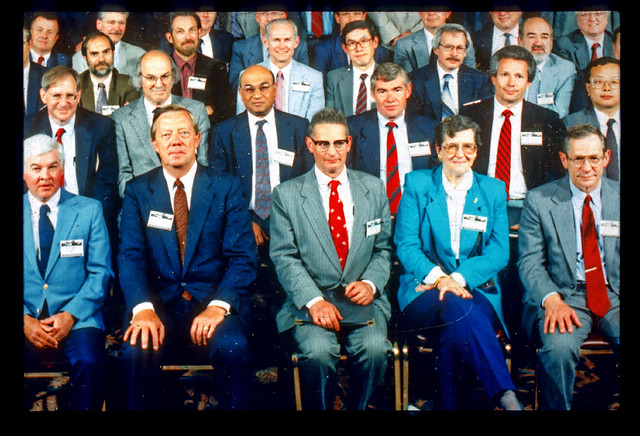 He continued to work on a set of related ideas and possible projects designed to demonstrate the feasibility of turning nuclear waste into usable material, and to warn people or our successor species of the dangers of nuclear era relics and waste/storage areas.

His career became a succession of speaking engagements around the USA and western Europe. 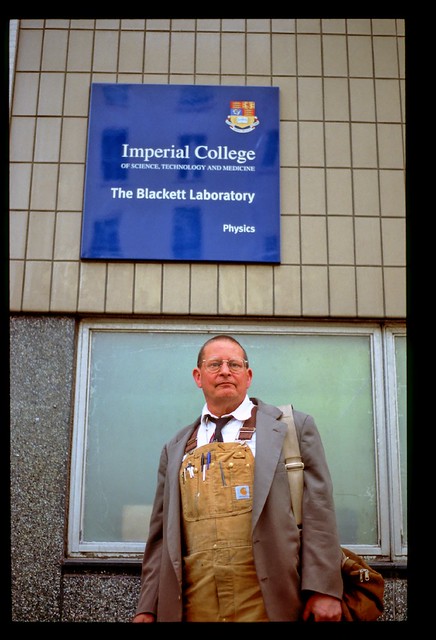 Between these, and a few short fellowships, Acord was forced to produce drawing after drawing, to pay the rent, to reward friendships and to demonstrate ideas for upcoming sculptural concepts. 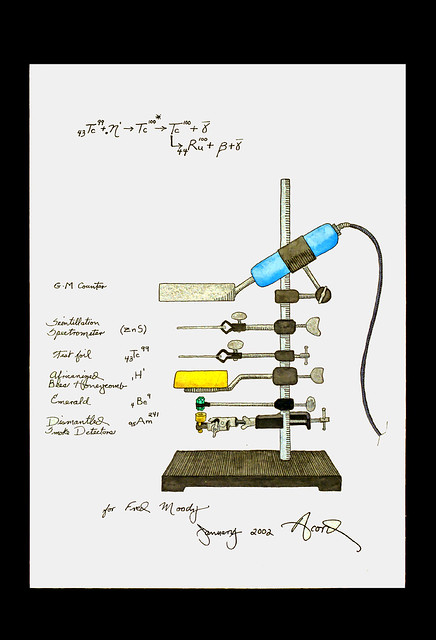 In his drawing techniques, he most adored the work of Albrecht Dürer. 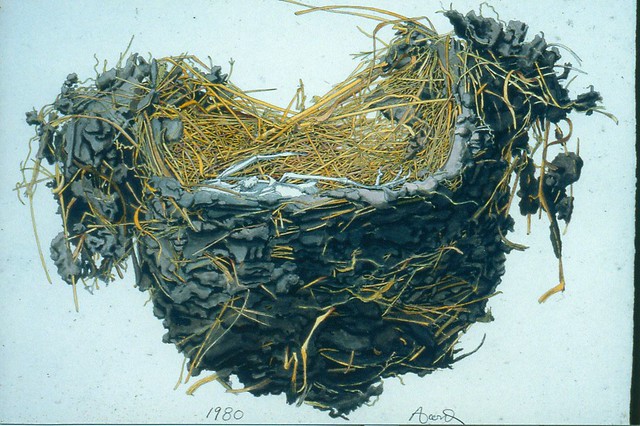 In his gallery installations, he sometimes conjured Joseph Beuys. 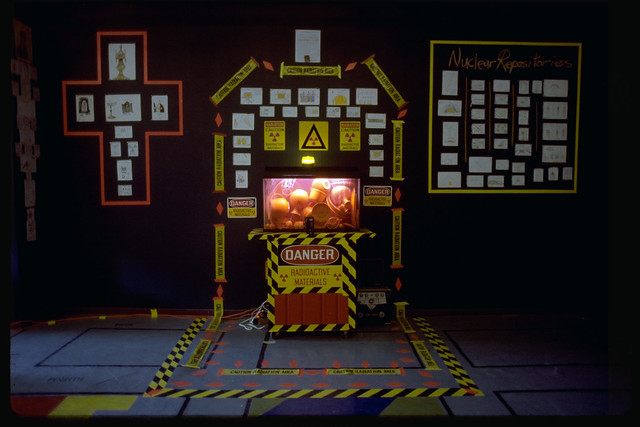 Although his legacy as communicator and visionary has brought some to declare him one of the most important artists since World War II, what most might see of his work at this time is limited to images of his drawings and relatively few finished sculptures. Many of his notebooks, which I have felt might rival those of Western art’s greatest figures, were destroyed in a fire at his Richland studio in the late 1990s.

There is an effort afoot to digitize and make readily available some of his more profound lectures, delivered in Europe or the USA. Until that happens, evaluation of his work by the general public will be hindered.

Acord’s understanding of the time scales we are forced to have to deal with in the realm of our 70 years of experimentation, playing around and foolishness with nuclear energy was not only visionary, it was perhaps the most profound of any public thinkers yet on this subject. 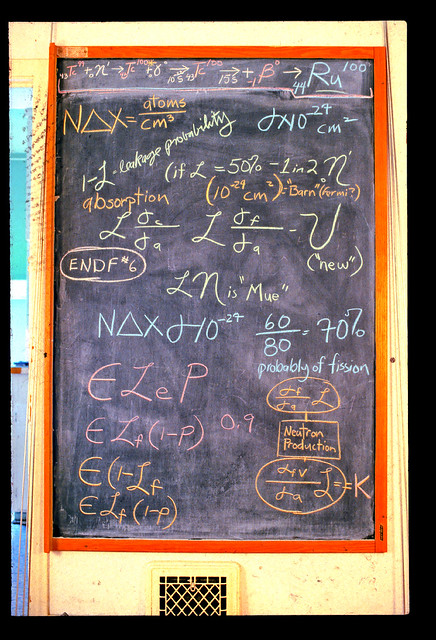 Hopefully, in the coming years, a comprehensive assessment of James Acord’s role as artist, scientist, communicator and writer will emerge. Even more hopefully, as I watch the smoke emerge from the shattered shell of Fukushima Number One, that assessment will continue to deliver Acord’s warning messages about how careful we must be with the awesome beast that is nuclear activity. 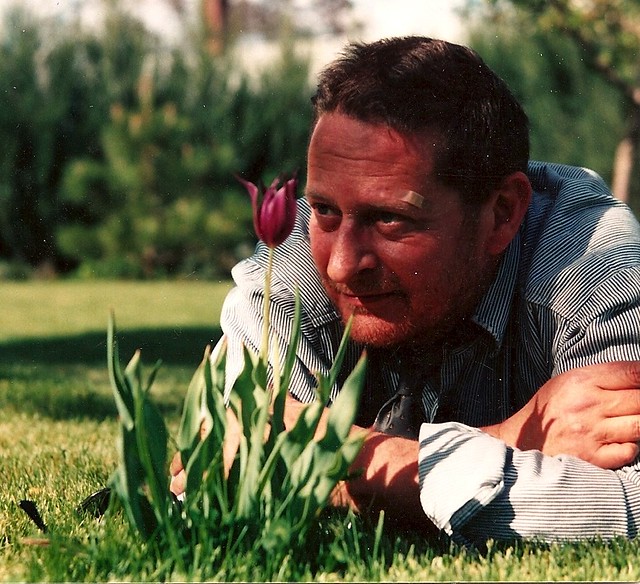