The “Serious Contenders” and the True Progressive: Miguel del Valle for Mayor of Chicago

It is the Great Chicago Mayoral Election of 2011 and here we are with three “serious contenders” who all seem more suited for a sweeps-week episode of “American Greed” than for mayor of Chicago. I might have given in completely to despair except for one thing – Miguel del Valle.  Here is a candidate who is so completely ethical and so unabashedly progressive that he has, to my joyous surprise, become the progressive voice that I had almost given up on.

But first a look at the others:

Gery Chico: Here is someone who is so a part of our corrupt, pay-to-play system that he hosted a $50K fundraiser for Rod Blagojevich the night before his arrest. Yes, lots of Dems gave money to Blago, but who was out there raising money for him right up to the very end? And let’s not forget Gery Chico’s role in recommending that the Chicago Christian Industrial League, a charity that helps homeless people, hire Patti Blagojevich as their “fundraiser” for $100,000 per year. This, of course, was after Rod unsuccessfully tried to force some of his bigger campaign donors to get Patti a job. Citibank and Ariel Investments turned Blago down, but Gery Chico came through. Add to that the millions he earns lobbying the city, throw on the fact that Ed “Vrdolyak 29” Burke  has decided to make Chico his guy, top it with a mix of scandals old (Altheimer & Gray) and new (Aurora Venegas), and he is out for me.

Carol Moseley Braun: Having one of your first actions as a candidate be the hiring of former HDO President Victor Reyes and top Madigan operative Mike Noonan to run your campaign pretty much tells me who you plan to be as mayor. She repeats Republican talking points like “you don’t raise taxes during a recession.” She lied outright about the release of her tax returns when she came to speak to my NDFA group. Then there is the issue of competence. Everyone I have talked to who knew her during her six years as a Senator talks about how incompetently her office was run. Now we see revelations of personal financial mismanagement mixed in with disastrous campaign blunders like the infamous “crack addict” comment. I wish her well but not as my mayor.

Rahm Emanuel: Rahm is one of the few people on the planet whose personal profiteering from his government service makes Chico’s millions look like small potatoes. For most of us his history of progressive sell-outs took him out of the running long ago, but for those who fantasize about Rahm the “tough guy” consider the following. You know that statistic saying in one year the top 25 hedge fund managers made as much as 658,000 teachers? A tough guy is the one who says, “Let’s go after those hedge fund managers,” not the one who says, “Let’s go after those teachers.” Rahm has made getting tough on teachers practically a centerpiece of his campaign; meanwhile Miguel has proposed a “Wall Street” tax and has promised to sue Morgan Stanley over the parking meter deal. I know who the true “tough guy” is, and it isn’t Rahm.

Miguel del Valle comes into the race with a 20-year history as a progressive, independent state legislator, an impeccable reputation, and proven experience cleaning up after a corrupt predecessor as Chicago City Clerk.

As a state legislator Miguel, unlike many of our representatives in Springfield, did not earn outside money as a lawyer or lobbyist but instead lived off of his legislative salary. His release of his tax returns shows that he did the same thing as City Clerk. Those who knew Miguel in the legislature all tell me how incredibly decent he is — smart, thoughtful, and able to bring people together. He was the first Latino state senator (beating an unbeatable machine candidate) and passed numerous reform measures including the creation of Local School Councils and diversifying the judicial sub-circuits.

In one term as City Clerk he brought a previously unimagined level of transparency to our opaque city government, modernized the office, restored the mission of service, and ended the culture of corruption that had sent his predecessor to jail.

He is also deeply committed to the kind of citizen involvement I believe is the only path to real change. Our city faces extremely complex problems. A dictator shouting orders from on high might make dramatic headlines, but then a decade goes by and the same problems are there. Lasting change requires citizens who are informed and involved, and who have a stake in figuring out a solution and working towards it. That is what Miguel is all about and what his main competitor so lacks.

Even if Miguel is not successful on February 22, an unapologetically progressive campaign like his can be the birth place of change far beyond one election cycle. The first campaign I worked on was Dean for America. Gov. Dean didn’t win, but the activism he inspired changed history. Miguel’s campaign is our progressive voice; together we can make it sing loud and clear. 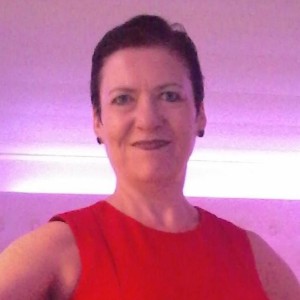 The “Serious Contenders” and the True Progressive: Miguel del Valle for Mayor of Chicago