Revolutions as the people’s police actions

The question of revolution, even against blatant dictatorships with near-zero popular support, has been fraught with controversy at Firedoglake, mainly because of the inescapable connection between revolution and violence. Revolution has been perceived in some quarters as a deal with the devil, in which the people put their trust in lawless chaos that will inevitably feed on itself, spiral out of control, and ultimately create something worse than the regime whose abuses provoked the revolution in the first place.

The progress of the Egyptian Revolution is evidence that violence does not always escalate. There were a lot of rage-filled, testosterone-fueled young men out on the streets in the first couple of days. And violence — to an extent — was necessary to prevent the police from snuffing out the revolution. The revolutionaries rioted, fought with police, threw rocks and Molotov cocktails, set fires, overturned police vehicles. And Mubarak’s thuggish police were defeated and driven from the streets, as they needed to be. The later peaceful, joyful scenes of mass assembly in Tahrir Square in Cairo would have been impossible without the early violence.

But for these revolutionaries, violence is merely a tool, not an end in itself. They did not let the violence feed on itself and spiral out of control. They even restrained themselves from overreacting to Mubarak’s agents provocateurs who tried to start fights. On the other hand, the potential for renewed violence is always there; the revolutionaries will do what they need to do in order to prevent the suppression of the revolution. Now that disguised police and hired thugs are being astroturfed as “pro-Mubarak supporters”, and are again challenging the revolutionaries with increasing levels of violent action, clashes are seen on the streets once more.

There are moral laws, including principles of human rights and of the self-determination of peoples, that trump any government’s decrees. Revolutions are, in the last analysis, law enforcement. Their violence is no more a sign of lawless chaos than are a police officer’s gun and baton. When the police and the government overstep their legal bounds, who polices them? In Tahrir Square — Liberation Square — we’re seeing the answer.

Cross-posted at Mosquito Cloud. This essay is based on my comments on “Populations of 15 US states = Cairo’s population” by ReaderOfTeaLeaves. 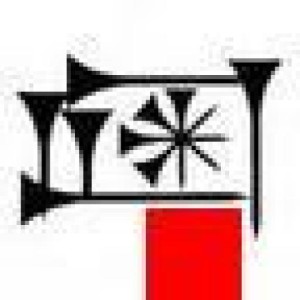 Revolutions as the people’s police actions