Recently, I had what I think was a news-junkie nightmare.

So for atmospheric purposes, take a second, imagine you are watching one of those sixties sitcoms, like Gilligan’s Island, and someone like Gilligan himself, drifts off while lying in his hammock and you the viewer are whisk away by this swirling visual effect accompanied by trippy music that shuttles you over into this other world, the dream scene.

I have no idea what got me to this vivid nighttime experience other than ambien, red wine or maybe to much consumption of the news from Egypt.

What I can you is that my head created its own version of the BBC World news channel and I happened to be watching when a new program called Coffee Talk made its debut. Immediately, even as I slept, my stomach fell to its knees as visions of a British and couched version of SNL’s Linda Richmond sipped coffee and loudly exclaimed fear for western travelers escaping Cairo. Worse yet, a chit chat fest like those on morning local news affiliates;

Bill the host: “As gas prices go up, so too, do tempers across the nation.”

Narrator; “tomorrow morning on Bill and Jane on Living large at 5 a.m. on Channel Five.”

But this being BBC, they don’t really raise their voices, and besides that, don’t they like hot tea? Perhaps this program should have been called Tea Talk. But that was irrelevant, truth be told, my brain couldn’t fact check or ponder accuracy at that hour, after all this was, just a dream.

As luck would have it, the instrumental version of John Barry’s “You Only Live Twice” a James Bond film, served as the theme music. In addition to loving news, I happen to be a James Bond junkie too. Composer Barry had died earlier that day, January 31, 2011.

Opening narration to this new BBC program was provided by a British version of that man who narrates PBS Frontline, you know who I’m talking about. During the introduction, he tells viewers they’ve reached Coffee Talk. He says, “here at Hazel’s coffee house, the real story behind the story is discussed, debated and always settled in pure caffeinated truth, by Hazel Meredith Jackson.”

My guess is that Jackson serves some matriarchal role among the British investigative Journalism corps. She probably earned her stripes back during the Cold War days by going under cover for BBC as a Russian call girl behind the iron curtain in East Berlin, where she exposed secret deals between British oil interests and shady Eastern European officials that accelerated the fall of communism.

For a pink-lit TV studio set, the place looked a bit drab compared to the spic and span modern American Suburbia standards we see on domestic news talk shows. The walls were cluttered with books, old nicks and knacks and a few tables dotted the interior, one with a young man and woman, both reading a newspaper and then, behind the counter, stood Hazel herself. Hazel wore a simple blue dress adorned with a mod looking broach. She looked sort of like a British version of Germany’s Mrs. Merkel. As the narrator made his introduction, she appeared to be steaming milk at an elaborate looking gold pipe festooned espresso machine.

This was a news program that must be a bit scripted.

The template we see in most U.S. news talk-show programs appears to be pretty predictable despite being “basically” un-scripted. Observers of television viewing patterns have said, viewers often flock to these programs because they identify with personalities, enjoy spontaneity and tend to enjoy a drama-laden sense of unpredictability that comes with the un-scripted debate these shows often highlight.

The truth is, as cable news channels expanded, so too did the news chat shows. Oddly enough, budgets for international bureaus and overseas reporting, shrank. And Lord knows, news-papers have been hurting for years. The truth is, talk is cheap, easy to produce and certainly a lot less risky than sending reporters out on the field and ‘arranging the kind of ‘stripe earning’ work that eventually led Hazel to her new ‘dream’ job at this BBC News coffee house news in my head.

These days, the morning news chat template requires chatter between a somewhat dry male host and what is usually a more compassionate appearing/sounding female counterpart.

The conversations are often peppered by other chats with celebrity guests promoting movies, books or causes; bullying pundits that repeat talking points and themes; or low level political figures, since the big fish usually wait til the Sunday Morning grill fests.

At night, especially in the late evening, the fare seems a bit more honest when a bevy of sharp witted comedians go after politicians, public figures and the events of the day often pointing out the ridiculousness of the ways that news got reported. These programs aren’t necessarily billed as news, but, they tend to be a bit more biting and some might say, less shrill.

As to the actual news or enlightenment ‘value’ of either format, who knows?

Meanwhile, back in my late night dream show Coffee Talk, Hazel has just welcomed her first guest into her coffee house. It’s none other than former United States secretary of state Madeleine Albright! She’s wearing a bright red dress and matching little jacket adorned with an American Flag pen.

Hazel welcomes with raspy, years of smoking cigarettes English accented prose. Albright, exclaims to Hazel, she’s so impressed with Hazel’s new career at the Coffee House. (clearly scripted) Hazel thanks Albright saying, it’s here in the world’s coffee houses that human dialogue flourishses and the ‘real’ meaning of the news of the is deciphered, moving us forward as a people.

The former secretary nods in agreement, saying, “Hazel, you are quiet the star.”

Then, Hazel asks Albright about her caffeine of choice simultaneously saying’ “Madame Secretary, please have a seat.”

“Thank you Hazel,” says the former secretary of state, who tells Hazel she’ll have a double espresso with some equal on the side.

Hazel magically emerges from behind the counter already holding Albright’s espresso and her own large mug with the word NewsJunkie making her way over to the table. The couple that had been sitting at the other table has since gone away.

As she sits down, puling out the stiff creases in her simple blue dress, she utters, in an oh so British fashion, ‘Madame Secretary, the events in Egypt signal’ and then suddenly, Dang!, I wake up.

For some odd reason, my brain is aroused from sleep by the very words in my dream. It’s simple curiosity, perhaps. But I grab the blackberry charging by my bed and quickly turn to the real BBC where I see thousands of human beings gathering in Cairo’s Tahrir Square for what promises to be a monumental historic event.

The massive protest is just part of a greater unfolding movement in Egypt and other countries throughout the Middle Eastern region.

And, the fact is, no one can say with any degree of certainty what the outcome of any of this will be. And, that’s where one finds the real, un scripted drama.

Maybe too, that’s why the real and serious news of the day, when fully reported, is much more entertaining and genuinely interesting than a news-jukie’s nightmare like Hazel’s Coffee House. 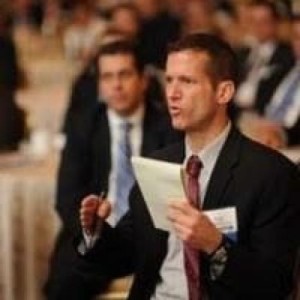