This Sunday morning, National Public Radio (NPR) broadcast a story about how the ongoing unrest in Egypt – and other countries in the Middle East – is being driven non just by chronic corruption and mismanagement, but also by rising food prices. As NPR reported:

The Food and Agriculture Organization of the United Nations says its global food price index is at a record high, above even where it stood during the last food crisis three years ago. In early 2008, rising prices caused riots in dozens of countries — several of which are now seeing uprisings once again.

Rising prices are “leading to riots, demonstrations and political instability,” New York University economics professor Nouriel Roubini said during a panel discussion. “It’s really something that can topple regimes, as we have seen in the Middle East.”

What’s causing food prices to rise? There are multiple factors, of course, but probably the two most important ones, according to NPR, are higher oil prices and increased use of corn for ethanol.

For its part, oil is used in producing, processing, and transporting food to market. As this Energy Bulletin article explains, “Virtually all of the processes in the modern food system are now dependent upon this finite resource, which is nearing its depletion phase.”  So, when oil prices rise — as they have in recent months, from around $35 per barrel in December 2008 to nearly $90 per barrel in December 2010 – so does the price of food.  This affects poor people in countries such as Egypt tremendously, especially given that many of these people live on just a few dollars a day. We saw this same phenomenon in Mexico’s “tortilla riots” in 2007, when “rising international corn prices, spurred by demand for the grain-based fuel ethanol…led to expensive tortillas” and to “angry protests by consumers.” We also see the same forces around the world, according to the U.N. World Food Program, which points out that “[r]isks of global instability are rising as governments cut subsidies that help the poor cope with surging food and fuel costs to ease budget crunches.”  . . .

With regard to using corn to produce ethanol for fuel, the net result is to take huge amounts of food off the market, reducing the supply and thereby causing the price to rise.  According to an article in the Sunday Des Moines Register, “influential voices continue to question the use of corn to make ethanol.” That includes the Wall Street Journal, which “last week described as ‘immoral’ the renewal of the 46-cent-per-gallon tax subsidy for ethanol,” even as “federal regulators a week ago approved expanding the blend ratio of ethanol in unleaded gasoline from 10 percent to 15 percent.”

The Des Moines Register article also reported from the annual world economic conference in Davos, Switzerland, where “Hamza al-Kholi, the chairman and chief executive of Saudi Alkholi Group, a holding company investing in industrials and real estate, noted the riots in Tunisia and Egypt,” commenting that “[t]his protest won’t end in North Africa. It will spread in many countries because of high unemployment and increasing food prices.” Also in Davos:

The chairman of Swiss-based Nestle, Peter Brabeck, warned those at Davos of a rise in food prices in coming months. He called it “madness” to use corn for fuel and hit on U.S. ethanol production by suggesting “no food for fuel” was an answer to the food inflation problem.

The Davos delegates could not ignore street riots in Tunisia and Egypt that were touched off by high food prices. Separately, Algeria shook the wheat markets last week with a massive purchase aimed at staving off shortages.

So, there you have it: a world in which major political instability, including in strategically vital countries like Egypt – which, coincidentally, is also a significant world transit center for oil shipments from the Persian Gulf – are triggered by escalating food prices, which in turn are caused to a large extent by rising oil prices and increased demand for corn-based ethanol.  All of which raises the question: Would food prices be rising if the world were powered by clean, renewable energy — wind, solar, energy efficiency, etc. – instead of oil and corn-based ethanol?  And, in the meantime, are oil and corn-based ethanol helping to fuel Middle East revolutions? Something to ponder as the situation in Egypt continues to unfold. 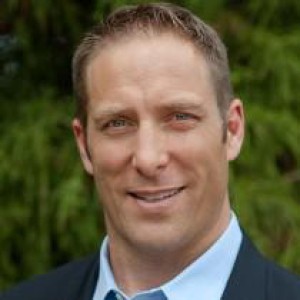