I was on my Facebook account a while ago, and a friend had posted a link to this blog I’d never heard of before. The blog name is Stonekettle Station, and it’s by a retired Navy man living in Alaska.

The facebook link was to the article  Stonekettle Station: The Sunday Morning Come To Jesus Moment On Second Amendment Solutions at www.stonekettle.com. I was a bit put off at first by the title, but the “teaser” under the title was quite unusual. It consisted of a very oddly capitalized, spelled and punctuated rant apparently attacking someone for thinking Ms. Sarah Palin had something to do with the shootings in Tuscon. But the link was posted by a friend whom I know to be reasonable, rational, well-educated and an English teacher to boot. I clicked on the link, wondering if my friend had “gone ’round the bend” as they say, having recently been ill.

I needn’t have worried. My friend was quite correct in posting the link. The blogger, Jim Wright, is very articulate and expresses his ideas well and forcefully. Mr. Wright does use “foul language” in places in his blog, but he does so appropriately, in my opinion, using it for emphasis and making points. It’s a darned good read.

Mr. Wright is issuing a wake-up call to all the people endorsing the Second Amendment Solutions to what they perceive as being “wrong with America”. He unequivocally states the mayhem in Tuscon can be directly linked to all the calls for a Second Amendment Solution by assorted pundits and political figures. He demonstrates that link with impeccable reasoning and quotes. He then goes through the roster of the dead in Tuscon, giving them all faces and histories, making them real people who have lost real lives. He lays them at our feet – the casualties of the Second Amendment Solutions – and asks what we are going to do about what we have allowed to happen.

Mr. Wright is not a reporter, he is not giving us the news. He’s a decent man who sees clearly and isn’t afraid to tell us what he sees. He deserves to be listened to and to have his opinions and observations seriously considered in the national debate of where to go from here.

Fairy Tales of the Coming State of the Union: Our Grandchildren Must Have the Burden of Repaying the National Debt 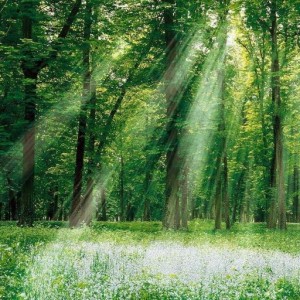