In a day that should’ve been a day of progress and celebration with the passage of the repeal of Don’t Ask Don’t Tell, a dark cloud taints it with the DREAM Act being denied to our youth. Today I hug all those DREAM’ers and I’m crying with you. The white priviledged got their Christmas wishes, but I guess brown people don’t deserve a Christmas huh?

Asides from the Republicans blocking the DREAM, here are how some key Senators voted:

Republicans who voted yes and also deserve a thank you for their bravery: Bennett (UT), Lugar (IN), and Murkowski (Alaska)

Let’s not kid ourselves: the DREAM Act was always a long shot, but look how far we got in the face of criticism, apathy, selfishness, shortsightedness, and sometimes bigotry from both the left and the right. For the first time in its history, the DREAM passed in the House of Representatives and was a measly 5 votes away from actually overcoming a damn fillibuster!

The defeat still stings nevertheless and it breaks our hearts to see our youth hurt by this, so we got something to say to Obama: Mr. President, our DREAM was denied. What are you going to do about it? You do know you have the executive power to put a moratorium on draconian deportations that have actually gone through the roof under your watch right? I’m talking about those carried out under such flawed programs as the 287-g law that affect those that have not committed serious crimes; I’m also talking about halting deportations of DREAM’ers as well, of course. It’s the least that you could do in light of our political system’s failure to pass some form of immigration reform and in light of your failed strategy that relied on appeasing racist Republicans first with massive deportations of our brothers, sisters, fathers, mothers, cousins, and friends.

More updates have been developing since this post was published.  For more up-to-the-minute information, visit Project Economic Refugee here. 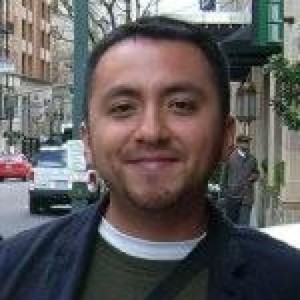