House Republicans Are Playing Politics with Whistleblowers; Democrats Are Letting Them

reglawyer
0 0
House Republicans Are Playing Politics with Whistleblowers; Democrats Are Letting Them reglawyer 2010-12-17

Word inside the Beltway is that Incoming House Speaker John Boehner (R-OH) has instructed Incoming House Oversight Chairman Darrell Issa (R-CA) to withdraw support from S. 372, the Whistleblower Protection Enhancement Act (which was passed with unanimous consent in the Senate on Dec. 10), with the intent to paint the Democratic Party as “weak on Wikileaks.”

This is a purely partisan tactic; S. 372, which has been in the works for 12 years (and which all Senate Republicans voted for) PREVENTS the need for conscientous whistleblowers to resort to Wikileaks.

S. 372 creates mechanisms for the responsible disclosure and handling of government wrongdoing. Without this bill becoming law, more whistleblowers will resort to Wikileaks as they face the untenable choice between committing career suicide on the one hand and betraying their conscience by remaining silent on the other.

A VOTE AGAINST S. 372 IS A VOTE TO ENABLE WIKILEAKS; ANY REPUBLICAN DOING SO WILL HAVE TO TAKE RESPONSIBILITY FOR WIKILEAKING BY FEDERAL EMPLOYEES.

In addition, Republicans ran in 2010 on combating waste, fraud, and abuse. Many times, federal employees will not be able to make anonymous disclosures to Wikileaks, so they will have to choose between career suicide and silence.

Call these Republican Congressman on Monday and tell them to SUPPORT S. 372:

House Democrats, under the leadership of Speaker Nancy Pelosi (D-CA) and sponsor Rep. Chris Van Hollen (D-MD), have only one or two more sessions early next week that they can devote to this bill.

WE NEED YOU TO SHOW THEM OVERWHELMINGLY HOW MUCH YOU SUPPORT EXPOSING WASTE, FRAUD, AND ABUSE IN GOVERNMENT!

This is hardly the first time that politicians made the mistake of thinking they could brush aside whistleblower rights with impunity. President Reagan pocket vetoed the WPA when first passed in 1988. He was smothered with so many outraged editorials, articles and protests from whistleblowers that Congress passed a stronger version of the law in 1989.

Whistleblowers do the right thing, even if the odds of success are long and they are going to be trashed in the process. Don’t abandon a 12-year effort to strengthen whistleblower rights because the chances of success are uncertain and Republicans will say “Wikileaks.” Regardless of election results, to maintain our trust you need to show more leadership.

DON’T GIVE UP WITHOUT A VOTE!

Call these Democratic Representatives on Monday and tell them to PUT S. 372 to a VOTE: 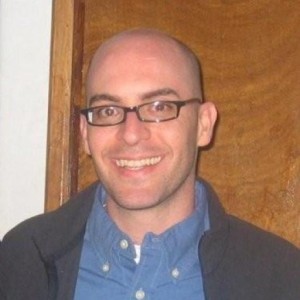 House Republicans Are Playing Politics with Whistleblowers; Democrats Are Letting Them