The Sonoran desert tortoise is the next in a long line of imperiled species that the Obama administration’s U.S. Fish and Wildlife Services has determined is “Warranted, but precluded” from comprehensive federal protections under the Endangered Species Act (ESA).

“Much like the Saguaro cactus, the Sonoran desert tortoise is symbolic of the rich Southwestern desert,” said Steve Spangle, the Service’s Arizona field supervisor. “A collection of various conservation partners have made great strides to better understand and protect the Sonoran desert tortoise, but our comprehensive analysis shows an increasing magnitude of threats is offsetting some conservation efforts. This candidate conservation status should increase opportunities for reversing this trend.”

It will be interesting to see how the alternative “candidate conservation status” measures will bring much needed protections to the tortoise, particularly given the U.S. Fish and Wildlife’s acknowledgment that conservation measures already deployed continue to fall short.  . . .

In his finding, Secretary Salazar determined that the Sonoran desert tortoises may be threatened by all five factors the agency uses in deciding whether a species qualifies for Endangered Species Act protection: 1) habitat loss and destruction; 2) overutilization; 3) disease or predation; 4) inadequate legal protections; and 5) other factors. Under the Act, the tortoise needs only to qualify under one of these factors to warrant listing.

The sheer volume of species that this administration has thrown by the way-side in acknowledging that they qualify for full protection, but that they are of lower priority than other species, has cast significant doubt among conservationists about the biological integrity of this administration’s priorities in ESA listing determinations.

There are now over 250 species of plants and wildlife that are “candidates” for federal listing. Many of these species have been on the waiting list for a decade or more. Outside of Hawaii, Salazar has listed only 4 new U.S. species under the Act since taking office. At the current pace, it would take a century to process the backlog of candidate species in the continental U.S.

The Obama Administration’s “priorities” with respect to species conservation leaves a lot to be desired.  Conservationists argue that the Sonoran desert tortoise is an umbrella species occurring in southwest Arizona and northern Mexico, a landscape rife with threats to habitat. This fact makes it that much more critical, and efficient, to extend the full protections of the Endangered Species Act to the tortoise.

In the world of conservation biology, scientists identify “umbrella species“, those species whose habitat requirements extend across an ecological community and whose well-being can provide an indicator as to the general health of the habitat. When granted the federal protections of the Endangered Species Act these umbrella species can effectually extend those very protections to the many other species (including other imperiled species) that make up the ecological community and who share its habitat.

Prioritizing these umbrella species promises a more efficient and effective administration of the Endangered Species Act, potentially providing restoration and recovery of a much larger swath of species and ameliorating the backlog of species’ up for consideration at the US Fish and Wildlife Service.

Instead, the Obama Administration appears to prioritize listing determinations in such a way that prevents politically controversial species from gaining protections, exacerbating the growing backlog of ESA candidate species rather than looking for ways to extend efficient “best bang for our buck” priorities that extend meaningful protections. 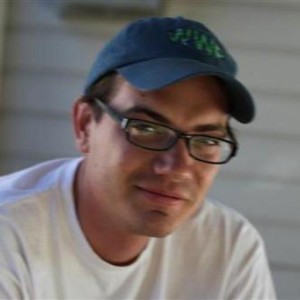 Brian Ertz is a father who resides in central Idaho. He is Media Director for Western Watersheds Project, President of Wildlife Watchers, and co-editor of Ralph Maughan's Wildlife News.