Breaking news: Assange gets bail, pending Swedish/CIA appeal and is awaiting likely release pending his own appeal against extradition for the Swedish its-not-rape-or-sexual-assault investigation.

Wikileaks is forever important for releasing this Documentary Short of 12 murders.

America entered a period of overt fascism when Prescott Bush’s grandson became president. Now we have had the 2010 midterms show us what the Citizens United decision has done to further corporatism. Big Money is hurling us all down the lanes toward more totalitarian madness.

Question is, how do we fight it ?

Julian Assange got into the struggle by way of amateur hacking. He backed in to it. Other people have looked at these problems, going in with significant resources. This includes professionals at CIA and the intelligence officers inside the Peoples Liberation Army.

The Guardian looks at Assange’s world view and casts him as a truth-to-power guy. Better at the doing than at thinking things through:

“He makes that connection between government and conspiracy. He really does think that WikiLeaks is going to change the world … he constantly expects that it will achieve change through telling the truth.”

If you want to see a plan that could be applied to curb the worst of America’s ongoing bloodiness, work from PLA is one starting point.

You can download ??? in an English translation. Unrestricted Warfare is the CIA Foreign Broadcast Information Service invented title with a subtitle China’s Master Plan to Destroy America.

Cryptome, another semi-Wikileaks site, offers an annotated selection of copy from the FBIS translation.

Full text can be downloaded HERE.

The book became famous after 9/11 because it names Usama bin Laden as a direct (and then largely unrecognized) threat to the United States.

…there is reason for us to maintain that the financial attack by George Soros on East Asia, the terrorist attack on the U.S. embassy by Usama Bin Laden, the gas attack on the Tokyo subway by the disciples of the Aum Shinri Kyo, and the havoc wreaked by the likes of Morris Jr. on the Internet, in which the degree of destruction is by no means second to that of a war, represent semi-warfare, quasi-warfare, and sub-warfare, that is, the embryonic form of another kind of warfare.

If Qiao Liang and Wang Xiangsui were writing today, Julian Assange would be in that list. They consider modern extensions to warfare.

Wikileaks is a prime combination of computer and legal warfare.

America is depicted as being obsessed with military warfare. That has intensified, if anything over the past decade. Heavy weapons and technology and shoot-em-up dominate Washington the same as kids’ video games.

We spend $1-trillion a year on military+intel. Hell of an obsession. We spend less than $50-million a year investigating and prosecuting Wall Street financiers, who applied the Warfare Beyond Bounds financial tools during Big bubble 2003-2008 to steal $4-trillion (minimum national accounts survey figure.)

Meanwhile it takes Wikileaks and other whistleblower operations for our own Congressmen to find out what we are doing. The way things have been working, Republican administrations move the country Three Giant Steps toward fascism, then a Democratic administration moves it back One Giant Step.

Wikileaks is moving on Bank of America, according to reports.

These two Chinese colonels have to love it. Exactly what they identified back in 1999.

BTW: when the video came out on Wikileaks, in 2007, management of the Iraq war was changed within months. Reaction to the photos from Abu Ghraib had not done the trick. Maybe its the voices, whooping it up as they murder the two cameramen, their driver and bodyguards, and the neighbors. Or maybe its seeing the two kids sitting in the passenger side front seat of a van, as their Dad tries to help get one of the victims to a hospital — before the van is shattered with hundreds of rounds fired from the two American helicopters.

American blitzkrieg. What else ? 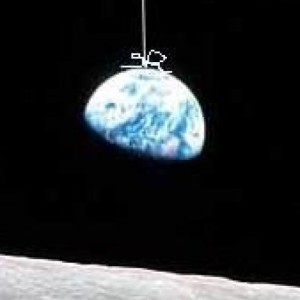