Does Hate Crime Legislation Create a “VIP Room” of Victimhood?

The Orange County Register reports that on Halloween night of this year, 24-year-old singer-songwriter Cory Case was brutally attacked by several men at a party in Costa Mesa, California.  The unprovoked attack left Mr. Case with a broken nose and a shattered eye socket, among other serious injuries.  Before he fell unconscious, the victim recalled hearing one of his attackers say, “This guy’s a fag!”   When Mr. Case awoke in the front yard where he had been dragged, he had the words “I’m gay” scrawled on his forearm, along with a drawing of a penis.

Therein lies the problem with hate crime legislation.  It creates two classes of victims–those accorded special “hate crime” status and well, everybody else.  Unfortunately, receiving a broken nose doesn’t hurt any less once you’re deemed to not be part of the VIP Victim’s Club.  And, to add insult to injury, being Average Joe Victim may actually give you less of chance of achieving justice.

Think about it.  When’s the last time you saw a run of the mill “possible felony assault” on the front page of your local paper?  Not recently is my guess.

Now, when’s the last time you heard about some horrendous hate crime?

I’d venture to say that in the last week your local paper or TV news has publicized one or more sensationalized hate crimes, like the desecration of a Mosque in Long Island or the infamous “Cotton Ball Hate Crime” at the University of Missouri.  These incidents would normally be treated as misdemeanor vandalism or littering, but instead have been elevated to national notoriety by the alleged hateful intention of their perpetrators.

Which event is more likely to get prosecuted?  Littering with evil intent (hate crime) or felony assault (violent crime).  The less violent hate crime, according to a 2008 dissertation study by Laurie Elizabeth Woods of Vanderbilt University.

In her study, Ms. Woods declares that quite often, federal prosecutor’s learn about potential hate crimes through “newspaper or television”, not through law enforcement referrals.  She states that these prosecutors “are not burdened by the overwhelming numbers of criminal complaints that typically flood district attorney and city attorney offices”.  Woods also writes:  “It is the controversial nature of hate crime cases that intrigues many prosecutors, as well as… advancing their own careers by being willing to take chances” and “that minority victims might be perceived to be in greater need of legal protections”.

Meaning… if Cory Case wants justice in his felony assault case, he better prove that he is gay and fast. Plus, he should get tons of press about being gay and hope that somebody notices.  Otherwise, the local authorities will treat his vicious attack like all those other ho-hum “possible felony assault” complaints that keep rolling in.  That even gives me an idea for a new business–crime publicist.   If you’ve been victimized, come to me and I will “spice up” your alleged crime so that prosecutors will see merit in taking it on!  Why settle for a wimpy “possible felony assault” that will never get prosecuted when you could have a horrifying headline-grabbing hate crime that the prosecutor will be sure to catch while sitting on the can with the morning paper?

It’s ironic that legislation meant to discourage discrimination causes law enforcement to profile victims, forcing those victims to prove that they are a member of a special class before they can get justice. Speaking of, could Mr. Case “come out of the closet” and announce that he is actually gay so his assault will be treated as a hate crime?  Could the defendants then bring evidence that Mr. Case has in fact had sexual relations with a number of women in the past, thereby negating his “Special Victim” status?  Perhaps Mr. Case could counter with videotape of a drunken make-out session with a shirtless dude at Burning Man, landing him in the “bi” category.

It even gets more ridiculous.  What if Mr. Case was indeed gay, but his attackers had written “I am straight” on his arm with a drawing of a vagina?  Could they then been excused of an “anti-gay hate crime” because they mistakenly thought he was heterosexual?  Wait just a second, you say, isn’t attacking someone because they are heterosexual still a hate crime? People get convicted of that in California… right?  Let’s check the statistics.

Guess how many “Anti-Heterosexual” Hate Crime Events there were in the Golden State in 2009, according to the official California Hate Crime Report issued by the Office of the Attorney General.  You guessed it.  Zero.

Guess how many “Anti-Male” Hate Crime Events there were in California in 2009.  That’s right.  Zero.

With “Anti-White” hate crimes coming in at a measly 3.5% of the total, it sounds like being a heterosexual white male in California is the safest thing on the planet to be.  Don’t tell that to Cory Case.  He got the living shit beat out of him by four punks with a baseball bat.  And instead of getting the full force of law enforcement behind him, Mr. Case gets a “possible felony assault” because he doesn’t really enjoy Broadway musicals.

Only after being pressed by the victim’s father did a prosecutor at the Orange County District Attorney’s office say that the alleged assault might be considered a hate crime because “it’s the perception of the suspect that is punishable, and not whether a victim is actually homosexual or not.”  This confuses the point even more.  Now you have to get the defendant on the stand and prove that he thought the victim was gay even though the victim was straight.  Does this mean that “I thought he was Hispanic” could be a defense against an “Anti-Black” hate crime?  What if an old gay Cambodian drops a 50-pound bag of spaghetti on his young transgender Vietnamese co-worker while yelling “Remember the Alamo!”?  Is that an Asian-on-Asian, gay-on-transgender, anti-Italian/Hispanic offense?  Do we want to waste valuable court resources on such silly questions?

Hate crime laws sound great in the abstract:  tack additional penalties onto sentences for crimes that are directed against victims based on their race, ethnicity, religion, sexual orientation, disability or gender.  But in practice, these laws not only create two classes of victims, but they also consume valuable resources for prosecutions with low conviction rates.  According the Attorney General’s Report, only 51% of cases filed as “Hate Crimes” result in “Hate Crime Convictions”.  Compare that with an average conviction rate of 87.6% for all criminal prosecutions in Los Angeles County.  That result makes sense:  it’s a lot easier to prove a defendant punched a victim than to prove what the defendant was thinking at the time he punched the victim.

So, somewhere in that prosecutor’s quest for Hate Crime prosecutorial glory, he or she is losing half of the cases, which is frustrating for the “unspecial” victim who may not even get his or her day in court because their crime isn’t “sexy” enough.

David Kopel wrote in his essay entitled “Hate Crime Laws: Dangerous and Divisive that “the whole debate of whether homosexuals should be included in hate crimes statutes is but one example of how hate crimes statutes undermine the principle of equal protection of the laws, by encouraging fights over whether some groups are or are not deserving of unequal, special protection.”

He has a point.  Should two victims of the same crime receive different treatment because of their sexual orientation, race or gender?   Doesn’t that defeat the whole purpose of our system of so-called “blind” justice?  It’s a question that Cory Case is probably asking. 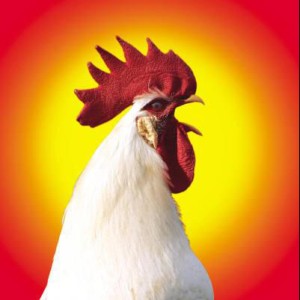 Does Hate Crime Legislation Create a “VIP Room” of Victimhood?