Pugno Might Make it to the State Assembly of California

For those who have been following events in California, you might recognize the name Andrew Pugno. For those who don't, a reminder:

Pugno is the lead attorney of the Prop 8 campaign, and the co-author of the popostion that stripped marriage rights away from LGBT citizens in California.

He is running for California State Assembly Distirct 5. The Stonewall Democrats of Sacramento have already started a website and campaign to fight against him, at http://www.stopandrewpugno.com

The website details some interesting facts about Pugno's campaign, placed below the fold.

Up until apparently February 25th, 2010, Andrew Pugno had been living in a lovely 4-bedroom home in Sacramento County's Gold River Community with his wife and four children. He had raised hundreds of thousands of dollars at that point to run to replace termed-out Assemblyman Roger Niello in Assembly District 5.

Well it turns out Pugno's home is not in Assembly District 5, it is in District 10!
California law clearly states that candidates for Assembly must live within and be registered to vote within the district they seek to represent. When confronted about this glaring problem, Pugno's spokesperson had little more to say than YOU CAUGHT US!
He told Capitol Weekly:

Andy has bought a house in the 5th and they were supposed to move this morning. He will be moving in very shortly,”

And as reported by Americablog:

NOM has spent over $112,000 to air a new television ad in which they warn that Pugno's opponent, Richard Pan, will support the teaching of gay marriage to 2nd graders. See the ad here.

Despite NOM's interference in this local race (though not surprising looking at their current habit of interfering in nearly every race they can stick their “not bloodied hands” into), there seems to be hope:

The poll tested the full ballot with all
candidates and their official ballot labels and found that Dr. Pan is already outperforming party
registration in the district and pulls into a commanding lead when voters learn more about his
and Andy Pugno’s accomplishments.

The release, including poll numbers and methodology, can be read here.

So what does this mean? Moderate voters are more inclined to reject Pugno and NOM when they hear about his history. The solution is, in my opinion, rather simple: Voters need to hear about Pugno's record.

The best way for the word to get out is for people to contact people they know, through facebook or twitter or whatever it is you have that gets you in contact with friends and family, and make sure people know his record. It is imperative that the people of District 5 know about Pugno before they vote for him.

If you don't know anyone in district 5, or don't think anything you say would reach any voters in district 5, the option of donating to the campaign is always viable, as well. The more money that Dr. Pan recieves, the more he can put out his advertisements, especially in these critical days before the election.

Getting the word out is pointless if nobody votes for anyone! 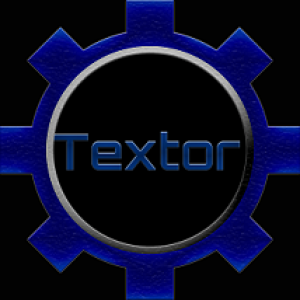 Pugno Might Make it to the State Assembly of California