Commenting on the latest National Survey on Drug Use and Health (pdf), ONDCP Director Gil Kerlikowske said, "I can absolutely not rule out this constant discussion of so-called medical marijuana, marijuana legalization and the downplaying of marijuana harms that is prevalent in the media," is the cause of an increase in marijuana use among teens aged 12 to 17.

Actually, there are more plausible explanations for why teenage marijuana use has increased.

Fact:  ONDCP’s Youth Anti-Drug Media Campaign was found by Westat, ONDCP’s contractor to evaluate the campaign, and the Government Accountability Office, to have been counterproductive in reducing teen drug use. Nevertheless, Director Kerlikowske asked for $21.5 million more for this program in 2011 than in 2010.

Fact:  The federal government’s Safe and Drug Free Schools Program was so utterly ineffective and wasteful, the ONDCP proposed that it be completely eliminated in FY 2011.

Look at the long term historical record of teenage marijuana use rates and medical marijuana policy:

Teenage marijuana use started down from its high point in 1979. It continued to go down during the early1980s when there was a bill in Congress for medical marijuana with scores of congressional co-sponsors. It went down during the mid 1980s when DEA held hearings around the nation on medical marijuana. It continued go down after the 1988 ruling of DEA Administrative Law Judge Francis Young who found as fact that, "Marijuana, in its natural form, is one of the safest therapeutically active substances known to man."

Teenage marijuana use continued going down until 1992, when President George H.W. Bush closed the federal medical marijuana compassionate use program in order to "stop sending the wrong message to children."

The historical record is very clear: medical marijuana and its advocacy have nothing — dare I say absolutely nothing? — to do with teenage marijuana use rates.

But if hundreds of millions of taxpayer dollars are being spent on drug education programs which the federal government has determined don’t reduce teenage drug use, that fact explains the increase in the teenage use of marijuana with more salience than the unsupported claim that the increase is due to media discussion and the legislative advance of the medical use of marijuana.

How would Kerlikowske explain the decrease in 2009 in teenagers’ perception that smoking a pack or more of cigarettes is risky, and that teenage tobacco use rates are now almost one-third higher than in 2002? Medical tobacco use?

Kerlikowske has absolutely no evidence for his assertion regarding medical marijuana but he is desperate to mislead the public about the relationship between public policy and teenage marijuana use in order to scare California voters to reject Proposition 19 to control and tax marijuana.

It is striking that at the substance abuse recovery month program where he made these remarks, Kerlikowske failed to address the more dangerous drug problem of alcohol abuse.

Among young adults, aged 18 to 25, in 2009, 41.7 percent engaged in binge drinking at least once in the last 30 days. And the rate of driving under the influence of alcohol for persons aged 21 to 25 was reported at 24.8 percent! Isn’t that something to be alarmed about if you are concerned about public safety and public health?

But in Kerlikowske’s bureaucratic defense of failed marijuana policies, he has an important ally in the booze industry which just donated $10,000 to fund the attack on California’s Proposition 19. They stand to lose profits if young adults switch to marijuana which is safer than alcohol. Is that contribution buying Kerlikowske’s silence? At Recovery Month celebrations around the nation, people are talking about alcohol abuse. Why didn’t Kerlikowske talk about this very alarming data at his Recovery Month celebration?  Could it be awkward for his anti-marijuana, alcohol business allies if he were to point this out? 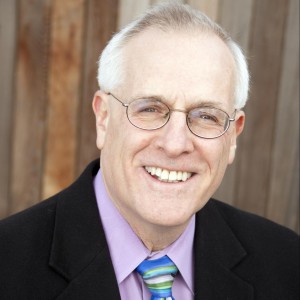