In the National Catholic Register, Matthew Archbold asks, “What if science discovered the “Catholic Gene?” In it, he speculates that “the discovery of a papal mitre in our double helix could be a legal benefit to Catholics.”  He speculates:

“Rather than just a life-style choice that’s so un-21st century, Catholics could warrant legal protection similar to the laws that prohibit racial or gender discrimination. In the past if a Catholic pharmacist refused to sell an abortifacient contraceptive the Catholic pharmacist could lose their job.  But if Catholicism was discovered to be a genetic defect some of the secular new age compassionistas might be forced to become open minded about our perceived narrow-mindedness. (And that would be fun to see.)”

Of course, it's curious that he's bemoaning that he perceives race and gender as being given precedence over religion — but not unexpected, given the Church's historic resistance to womens' rights, often dismissed whoesale as being “radical feminism” and a danger to society (not to mention the clergy boys' club.

And, of course, religion is in fact a protected classification in nearly any and all human rights legislation (despite being a choice!), as well as being given the special right in the US of being separate from the state so that it is not taxed or interfered with in any significant way, in addition to often being given special exemptions from rights laws and enforcement.  But as he sees it, current protections are not adequate enough to secure the Catholic Church the rights to impose Catholic prayer in every school, assert wide-sweeping anti-abortion law, or establish Catholic-exclusive schools (which it already has, albeit sometimes limited power when those schools are publicly funded).

At one point, Archbold asserts that “our culture promotes and celebrates victimhood and punishes morality.”  But perhaps part of what he perceives is a revocation of the right to define morality by an institution beleaguered by pedophilia and molestation scandals (being at the very least guilty of indifference and cover-up, which is complicity in itself).  When Catholic-driven news spin sites like Lifesite.ca / LifeSiteNews.com are bemoaning the US Secretary of State working in opposition to the development of a seriously hateful and potentially violent anti-gay social climate — including rapping knuckles for the Anti-Homosexuality Bill, which would call for gays and lesbians who've had sex more than once (“serial”) to be put to death (a bill inspired by US evangelicals) — how can they possibly have any claim to define “moral?” So much for claims that Catholics are “narrow minded about love, fidelity [and same-sex marriage undermines this how again?] and protecting life.”  While Archbold claims that “Catholics choose to believe that we should love our fellow man as we love ourselves,” there is little love in resorting to claiming victimhood when other peoples' rights interfere with the Church's right to discriminate, willfully spread hatred, and, well, deny rights.

Now, genetic or biological origin doesn't actually cause people to think better of protected groups, and isn't necessarily the thing to stake one's legitimacy on, not to mention creates an opening for those who might be interested in utilizing eugenics to eradicate groups or characteristics.  However, the thought that some people might have a predisposition toward faith is really nothing new.  Matthew Archbold, your prayers just might be answered.

But there is a curious admission made when he asks, “But if Catholicism were a genetic issue, perhaps the rights of genetically programmed homosexuals wouldn’t trump the rights of genetically disposed Catholics?”  It has never been the Catholic Church's position to acknowledge that God had any hand in creating gay people.  The thought that he might have created gay-ness and then made it a sin to be true to one's nature might be embarrassing, you see.  I imagine the author might get his peepee whacked for that, with the same kind of condemnation and even discipline that Archbold considers persecution when it's leveled at the Church — but fortunately for him, it's his position that it's not truly persecution if it comes from the Church. 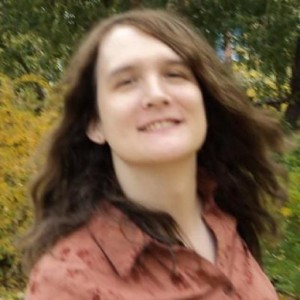