The LGBT community is understandably upset by the lack of movement towards full equality at the federal level.

The Employment Non Discrimination Act (ENDA) which would make it illegal for someone to be fired for being LGBT is still not law despite multiple promises from Democrats that it was a priority for 2010.

The repeal of “Don't Ask, Don't Tell” is still vulnerable.

Until now, the LGBT community was a dependable constituency for the Democratic National Committee (DNC.) We have deep pockets, we are active volunteers, and we vote.

However, since a super majority in Congress and a Democratic President has yet to move our equality forward, there is a recurring call to close the “gAyTM” and discontinue all contributions to the DNC until we see a return on our investment.

I certainly understand the motivation for hitting the DNC where it hurts. Why should we continue to give to a political party that takes us for granted?

The Huffington Post's Sam Stein wrote a startling article that I hope will convince you why money is so important in 2010.

On the left hand side of the chart is a list of ten Republican aligned institutions, ranging from the U.S. Chamber of Commerce to the Family Research Council. Next to it is a column listing the amount of money each group has pledged to spend by Election Day. A third column on the right details what those groups actually spent in 2008 on federal elections.

The number at the bottom delivers the key message. If their pledges are fulfilled, these ten groups will unleash more than $200 million in election-focused spending — roughly $37 million more than every single independent group spent on the 2008 presidential campaign combined. This time around, almost every single penny will be going to Republican candidates or causes

(Update: A Democratic operative makes the case that the total could rise to roughly $300 million if it includes additional pledges for campaign spending from Americans for Prosperity, promising $45 million, the Club for Growth, $24 million, the National Rifle Association, $20 million, and the Susan B. Anthony List, $6 million)

$300 Million can do incredible damage to not only the Democratic Party, but to the LGBT community. The Republican Party remains viscerally opposed to equal rights for LGBTs. If you think sitting on your wallet is helpful to our community, you are simply wrong.

I realize not every Democrat is perfect and some are downright wrong on our issues. This is why I urge the DNC to create an LGBT fund. Allow us to contribute to the DNC while knowing our money won't support candidates who do not support us.

In the mean time, it is not time to hold back. We are too close to our goals to allow the Conservatives to take over. Don't misunderstand me, I remain frustrated that the progressive agenda is still just out of reach, but this is not the right time to turn off the gAyTM.
Cross Posted at Huffington Post 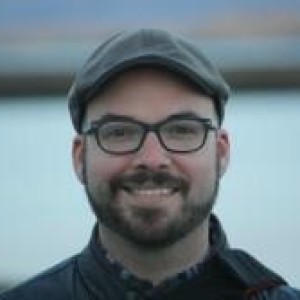