Only three days since the deadly Israeli raid on the Gaza flotilla, already there are signs that American news media are beginning to lose interest in the story. While the BP oil spill understandably dominates much of the news, the Gaza story should also be getting continued media attention but instead is beginning to fade away, replaced by new stories such as the Gores’ divorce, Sarah Palin’s nosy neighbor, and a new murder by the suspect in the disappearance of Natalee Holloway. These may meet the water cooler test (what are people likely to talk about?) but not the public service standard (what do people need to know in a democracy to make enlightened policy decisions?).

As a former Middle East reporter for Newsweek and CNN, I know how quickly editors and producers lose interest in foreign news, but this is astounding. The few Gaza stories that are still being done are focusing on angles such as continuing protests abroad and policy discussions within the State Department on how to handle this crisis.

Journalists need to stay on this story. We still don’t know what really happened during the Israeli raid. And what about the plight of the people in Gaza? Whatever security justification may be made by Israel for its blockade, that needs to be weighed against the human suffering it has brought about. People born in Gaza have little to look forward to in life. Few can find jobs. Most are trapped and cannot leave. They are permitted little more than subsistence food and medicine. Today’s Washington Post does touch on their plight, but we need to be reading more about this and in greater depth. We need more stories like "Captives," the excellent piece by Lawrence Wright in The New Yorker last November, with its distressing details of the prison hell that Gaza has become. 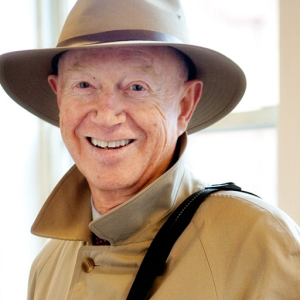 Tony Collings is the author of Capturing the News, a journalist's memoir and critique of journalism. He was a CNN correspondent for sixteen years, joining the network within its first year. He was based in Rome for five years, covering the Middle East, Europe, Russia and Africa. Then he was based in Washington for eleven years, covering a variety of assignments, from the White House to the Pentagon and the Justice Department.

Earlier in his career he was a Wall Street Journal reporter in New York, and an AP reporter in Moscow, London and Bonn, and the Newsweek bureau chief in Bonn and London.

Today he is a lecturer in communication studies at the University of Michigan in Ann Arbor. His previous book was Words of Fire, about courageous journalists around the world.