Philippe Cousteau, Jr. and Sam Champion and GMA Team Up to Show the Environmental Disaster in the Gulf of Mexico

GMA ran a piece with one of their reporters Sam Champion and Philippe Cousteau, Jr. They dived in *The Toxic Soup* about 25 miles out from NOLA. I am thankful that they decided the risk was worth the view and the real story. The name of the piece:

There are reports that BP is not allowing reporters and cameras at the beaches, or out in the ocean. I’m sure they are way less than pleased that someone of Cousteau’s heritage, fame, and popularity went diving in their mess, and even less pleased that the video of the dive and the interview was shown on such a high profile teevee show – Good Morning America. That program showed some real courage running this piece and video evidence. Of course, *happy* is relative… I am happy that there is now indisputable evidence of the continuing disaster in the Gulf of Mexico, that it is now shown in such a way to make it very difficult for all People to avoid the conclusion that the Gulf will never be the same, and also that People have no idea what will happen now. I am very sad though, for the Ocean is forever damaged and changed. I have few words to describe what I feel, though I have many curse words to express my anger. Evil has landed a body blow to The Earth.

Now, though, I am very depressed because this is what I thought would happen when I heard that they were injecting their toxic shit dispersant directly into the oil gusher one mile deep in the ocean. Of course we know they aerial sprayed the surface of the ocean with their toxic shit, too.

The dispersant they used is called Corexit. It is being provided by NALCO. Read a couple of the director biographies, and get sick. Also, Corexit is banned for use by the United Kingdom (and I heard by Brazil also) and there are reports of human illness upon exposure. There are more linkies in that article. This will make you sick more. And then there’s this part of NALCO Company. Even more sick.

Behind the Scenes With First Divers To Descend Beneath the Surface of Gulf Oil Spill (Exclusive) by Treehugger (there is an automatic audio that may or may not start, I can’t find the trigger to stop it, but it is interesting and worth listening to as you surf the various linkies – unless it’s an ad, which some commenters complained about. I didn’t hear the ad, I heard the video’s audio.)

Volunteers reporting they are getting very sick.

Q & A What Effect Will The Gulf Spill Have on Seafood and Workers?

I don’t blame you if you don’t follow all of these linkies and the linkies within the linkies. I am feeling sick now.

This oil gusher started on Earth Day 2010. This day will be remembered always as the day the Earth suffered irreversible damage at the hands of Greed and Ego = Evil. This was a kick up-side the head and another in the gut from The Universe and Spirit. It got my attention. Is getting my attention every minute. How about you? Has it gotten your attention? What are you going to do? Do you think you can do anything to help? Do you think you can do anything? I am not buying BP products, which includes ARCO gasoline. That’s a start.

So NOW we need to be realistic about operating in a mile of water? 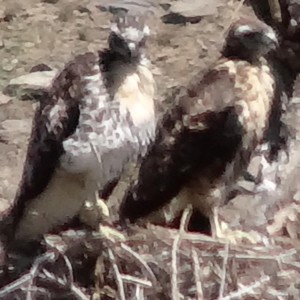 Philippe Cousteau, Jr. and Sam Champion and GMA Team Up to Show the Environmental Disaster in the Gulf of Mexico