His given name was Billy Pete but his kin called him BP. He had witnessed his brothers get away with it for years so he figured he would try it. Truth is all the boys pretty much wrote their own rules of conduct. Their parents, Ronnie and Nancy believed they were good patriotic kids who had the best interest of the family and their town Rockwell at heart. "If you trust kids they will be trustworthy" was their credo.

Each of the boys were entrepreneurial, dynamic, go-getters. They had their fingers in virtually all of Rockwell’s pies. Most of the people respected them as good employers who expected a hard days work for an honest days pay. The boys had buildings and streets named after them for their generous philanthropic contributions to the community. They sponsored benefit golf tournaments, held fundraisers for crippled children, and were even underwriters on PBS and NPR.

But every few years one of the boys was responsible for a terrible mishap that caused long lasting negative impact on the entire population of Rockwell. To be honest they had been doing damage all along but their stature and good works veiled the true cost of their business dealings.

Ronnie and Nancy would call them in and yell at them real good. Then the Rockwell city council would summon them serving up red – faced righteous rants. The council members loved to quote Teddy Roosevelt. "We speak softly and carry a big stick!" A few "disgruntled former employees" and "socialist" types protested and picketed their businesses. The hearings were even broadcast live on radio and Rockwell’s one TV station.

In the wake of this ritual nothing ever changed. They cycle continued boy after boy, generation after generation. The townspeople became numb and despondent. They didn’t even see it as good theater anymore.

One day a new Minister moved to town. Pastor Emmanuel was to take the reins of Congress Avenue Bible church. He didn’t have much formal schooling but had become well regarded in the region for his earthy wisdom and knowledge of the "Good Book."

An incident with BP had recently occurred and he watched the coverage on TV. After much prayer Preacher Emmanuel decided his conscience wouldn’t allow him to remain silent. He first called on BP’s parents and then the city council. His message was simple, straight from a Bible Proverb. "Discipline your son while there is hope. Do not set your heart on his and the town’s destruction."

Ronnie, Nancy, and the Rockwell council were buoyed up! They called BP in for another public thrashing. The council enacted a bill with an ominous name "The Rockwell Community Eternal Safety Act." This time all the cable TV channels were broadcasting live having caught wind of the righteous country Preacher story line.

BP took his medicine offering a few well timed mea culpas, along with some artful obfuscations. He was a very impressive, credible CEO. BP promised to take "full responsibility" financially. Furthermore, he pledged to start a college scholarship fund for the youth of Rockwell.

As BP and the boys drove away in their limo they mocked the council. "Yeah, they speak loudly and carry a small stick!"

They passed by Congress Avenue Bible Church on their way to Fair Meadows Country club for a celebration. Emmanuel’s sermon topic for Sunday was posted on the church sign. "Let us love, not in word or speech, but in truth and action." 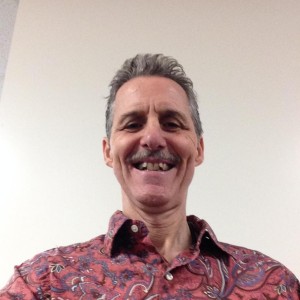