I am the Afghanistan Blogging Fellow for The Seminal and Brave New Foundation. You can read my work on The Seminal or at Rethink Afghanistan. The views expressed below are my own.

Oh my gosh, did you hear? There’s a revolution happening today! That’s right, you the governed citizens are literally overthrowing your government, and all it took was voting in the party primaries. Here’s Chris Matthews to explain:

Sounds like a revolution all right. Really, voting for Rand Paul is just like shouting "allahu akbar" at Khameini from a Tehran rooftop or getting crushed under the treads of a Soviet tank in Black January. Just like it. But wait, how come Specter is the evil establishment because he has the support of unions, but Halter is part of the "angry grassroots" because he…has the support of unions? Does the support of Daily Kos really qualify as fringey and outsider? Isn’t Markos Moulitsas like the Green Day of activists? Don’t get me wrong, my shelves are packed with his books, but I don’t think it really counts as punk rawk anymore. And how is Rand Paul an outsider? He’s the son of Texas politician Ron Paul, who’s really more of a brand name than a person at this point. There’s too many questions that don’t fit with our absurd narrative, so let’s skip it. Instead, let’s hear about the insurgency:

Next week, if Joe Sestak defeats Sen. Arlen Specter in the Pennsylvania Dem primary, and Sen. Blanche Lincoln is forced into a runoff against challenger Bill Halter, lefty insurgents will have scored two major victories against the Democratic establishment in Washington.

Neato, you’re an insurgent! Phone banking for Halter is kind of like burying an IED on your family farm, and really, isn’t the fact that you disagree with Blanche Lincoln on financial regulation kind of like she’s storming your house at night and gunning down your pregnant wife and young children? I mean you’re not just unseating Specter, you’re setting his dead body on fire and hanging it from a bridge in Fallujah. You didn’t know American politics were this hardcore did you? Thanks a lot media, it’s fun to be an insurgent!

But let’s get real. This media narrative about insurgencies and revolution is just plain bullshit. Today’s elections have nothing to do with throwing out the bum incumbents, and everything to do with affirming the status quo. Not a single candidate who opposes the war in Afghanistan is expected to win today. It will take a lot more than partisan primaries to achieve the changes we want to see.

Not even Rand Paul opposes the war, he’s a million miles away from his father’s foreign policy ideas, to the point of actually supporting Guantanamo. For real. The Democratic candidates on the other hand are even weirder. Specter the dastardly incumbent has been a vocal opponent of President Obama’s strategy in Afghanistan. Meanwhile Sestak the lefty insurgent supports the severe escalation of 30,000 troops (y’know, cuz of all the al-Qa’eda’s there) and doesn’t support the McGovern bill. HR 5015 only calls for a timeline, not even a withdrawal. Well actually Sestak just doesn’t support McGovern’s timeline, it’s way too pragmatic and realistic. No, this Mighty Lion of Progressivism prefers a magically perfect timeline that doesn’t exist (emphasis mine):

"Additionally, last year I wrote to the President asking him to provide Congress and the American people with an exit strategy. I have consistently called for an exit strategy based on clear benchmarks of success and/or failure that will allow us to monitor whether the benefits of continuing outweigh the costs and that will trigger our exit if the mission is achieved, or an alternative strategy (including containment) if our goals are not being met.

I believe that such an exit strategy is superior to the one called for in H.R. 5015, because it requires the President to present us with a completed strategy now. While H.R. 5015 requires a timetable for withdrawal, this timetable is subject to revision, whereas my plan is comprehensive from the beginning."

Right, good logic. I recommend it for, say, homeless people. They should get a job, but only if it immediately pays $100 million a year with benefits and you can never get fired. I mean you really have to weigh "the benefits of continuing" to be homeless before you decide it’s good enough to "trigger" getting a job, and only then if it’s "comprehensive" and "completed now." Just like Afghanistan, what with all the sweet ass benefits we continue to reap from the war, we really should think twice (Rethink?) before we "trigger our exit." Before "the mission is achieved" of course. Boy, this Sestak sounds like a real lefty wingnut, Pennsylvania’s Che Guevara! Be an insurgent by prolonging the occupation! Huh?

But I thought the media said Marcy Winograd was from the angry grassroots. And Elaine Marshall, wasn’t she supposed to be some kind of freaky outsider candidate, too? And that’s bad! Except today it’s awesome! Hmm, Winograd and Marshall are both anti-war, so they’re lunatic leftists on the fringe. But Halter, Sestak, and Paul are pro-war, so they’re insurgent freedom fighters. Oh, I get it. Is it clear how nose-bleedingly stupid this anti-incumbent revolution narrative is yet?

Sorry, you are not an insurgent. You’re not overthrowing the government and you’re not the Democratic party’s version of the 1920 Revolution Brigades because you voted for Bill Halter in the primary. We are unshakably enfranchised American citizens, and we’ve forgotten how to act like it. Voting for someone who claims to agree with you, even on domestic issues alone, is not enough. We have to pressure our elected representatives to get the changes we want. It even takes pressure to get change on the issues they already pander to, much less getting them to switch positions entirely.

And supporting the war in Afghanistan is a radical position to begin with. It takes some kind of wild-eyed extremist to look at the disturbing corruption and outrageous massacres and then decide the occupation should continue of all things. It will take concerted, ongoing effort beyond voting day to force them to wake up to reality. If you vote for Paul, will you also pressure him to sign on to a withdrawal timetable? Will you shut down Sestak’s offices if he votes for the $33 billion in war funding? Will you demand that Halter see the truth about Afghanistan or negotiate in good faith with Pakistan’s government? Will you force them to see the price we’re paying, the blood we’re spilling, the crimes we’re committing?

Or will you be satisfied with the vote? Today is not the last day of Bill Halter’s Revolution, it’s the first day of the rest of his life. No matter who you vote for, no matter who wins in November, they have to be pushed for every inch of progress, every last line of policy.  We can force real change, we can force an end to this bloody and expensive war in Afghanistan. But it takes a lot more than voting to achieve it.

Thankfully, you won’t be alone doing it. Join us on Rethink Afghanistan’s Facebook page and collaborate with the tens of thousands of others around the country working to bring this war to an end. 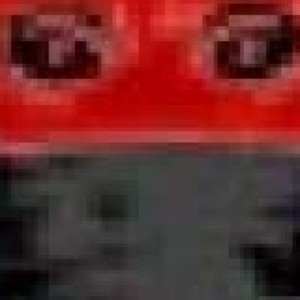 Josh Mull aka “Ultimate Josh” is the Afghanistan Blogging Fellow for Brave New Foundation/The Seminal as well as Community Director for Small World News (Alive in Baghdad, Alive in Afghanistan).

He is also a contributor to Enduring America, focusing on US foreign policy in the Middle East and Central Asia, and Politics in the Zeros, focusing on Politics, Energy and World Events in the 21st Century.

In his spare time, he manages a comic book store, Haven Comics, in Madison, AL.