Video shows Thai citizen shot in head for standing up for what he believes in [warning: extremely graphic]

Kevin Grandia
0 0
Video shows Thai citizen shot in head for standing up for what he believes in [warning: extremely graphic] Kevin Grandia 2010-05-17

I toiled about whether to promote this video as it is extremely gory. But it is so important that we get the message out far and wide when people are killed for standing up for what they believe in.

In this video (which again is extremely graphic) an unarmed Thai civilian protesting his government is killed by armed forces.

His own government killed him for opposing them. As someone who is very outspoken on a lot of issues, there almost nothing more disturbing than seeing an innocent person killed for speaking out.

The video was posted over a month ago, but it has had very few views and most of them only in Thailand and Southeast Asia, so I thought I would push it out in light of the ever-rising body count of more innocent people in Thailand being killed by Thai government forces.

Please consider carefully before you view this video: 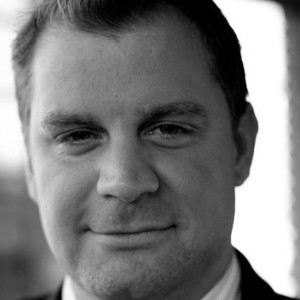 As the DeSmogBlog's Operations Manager, Kevin oversees the six-person team of contributors, orchestrates large-scale research campaigns, and manages the blog’s timely and thought-provoking content. Kevin is also responsible for the successful Canadian and U.S. media and blogger relations campaigns that have garnered the DeSmogBlog coverage in major media outlets.

Kevin is also a regular contributor on Huffington Post and other media outlets such as the Guardian Online.

Kevin has nine years of experience in communications with the last three spent entirely in the area of new media. Kevin is also the Director of New Media at the Vancouver Public Relations company, Hoggan & Associates and is well-known for his expertise in the areas of social media marketing, online communications, blogging, search engine optimization.

Kevin is the co-founder of a national online project called Vote For Environment (www.voteforenvironment.ca) that has been nominated for a World Summit Award, an international award in recognizing the world's best e-Content and innovative ICT applications.

Prior to DeSmogBlog, Kevin served as a communications advisor in the areas of health care, Canadian heritage and Asia-Pacific trade. Kevin’s areas of expertise also include government relations, crisis communications, event planning and media relations.

Kevin Grandia has been trained by Al Gore as part of The Climate Project, an initiative designed to educate the public about climate change.

Video shows Thai citizen shot in head for standing up for what he believes in [warning: extremely graphic]