With the June primaries fast approaching, we have three candidates facing challengers for the party’s nominations. As we pursue our goal of a governing progressive majority, you’ll be hearing from each of them. Our hope is that you will find an hour or two to help elect true progressive candidates like Tracy Emblem in California’s 50th congressional district. —Tim Carpenter

Republican Brian Bilbray has stood as a living roadblock to every meaningful piece of legislation. He voted NO to Regulate Predatory Lending Practices while people are losing their homes due to foreclosure. He voted NO to Health Care Reform, even after his friends in Congress stripped the Public Option back to nothing less than another private insurance bailout. He voted NO to Ending the War and to bring our troops home. In fact, the only consistent YES vote he has cast is to participate in the Obstruction of Progress.

The RNC considers the 50th a vulnerable district. In 2008, President Obama won with over 14,000 votes. The district is 97.8 percent urban and is ready for change and progressive leadership in Congress.

I am running in a contested Democratic Primary against the party “blue dog” candidate who has already run and lost three times. I have the support of California’s working families, the California Labor Federation, the California Nurses Association, National Air Traffic Controllers and almost 20 individual unions in the AFL-CIO. Labor supports me because they know it will take a progressive leader to deliver a victory. Your support will help to level the playing field against the party machine.

With only days until the primary, I need your help now more than ever to win this fight. Please volunteer to make calls to help us reach voters in this critical Southern California district. Together, we can work for true progress to make America stronger.

P.S. Your campaign contribution of $10, $25, $50 or whatever you can afford will help us reach voters in this critical time. Please visit www.TracyEmblemforCongress.com.

P.P.S. Join Tracy this Thursday on the "Inside the Party" call. Register here. 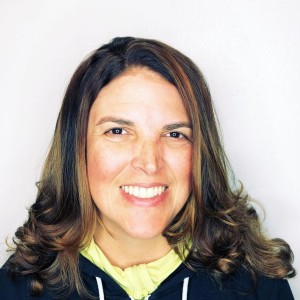