YouTube is killing your fair use videos. Their automated filtering system, Content I.D., makes it incredibly easy for a copyright owner to immediately disable any video that contains their copyrighted content. Whether or not your use of their content is covered under fair use (or in Canada, fair dealing) provisions doesn’t matter. The software does not discriminate between legitimate content and videos that actually violate copyright law.

Now this isn’t a new phenomenon — media companies have been using Content I.D. to take down YouTube videos for quite some time. What has brought it into the public spotlight, however, is that Hitler parodies are disappearing from YouTube at an alarming rate.

By now you’ve likely seen one of the many remixes of the bunker scene from the German film The Downfall: Hitler and the End of the Third Reich. It’s the most enduring internet meme in recent years, and likely the most prolific, with hundreds of parody videos cropping up on topics as broad as colouring books, the Jonas Brothers, KFC nuggets, and the chronic poor play of the Toronto Maple Leafs. One writer went so far as to call it "the meme that will never die."

But if you have yet to see one of these spoofs, you’re probably scheiße out of luck. Constantin Film, the distribtor and producer of the film, has gone blitzkrieg and removed the vast majority of these parodies from YouTube, citing copyright violations. This despite the fact that the majority of these videos can make a credible case for fair use of Constantin’s content.

The Electronic Frontier Foundation is calling on YouTube to fix its Content I.D. system so that legitimate fair use videos are not automatically targeted for takedown. In the meanwhile, we hope that Constatin smartens up and realizes they’ve cut off the largest source of viral publicity a German-language film has likely ever seen in the United States. 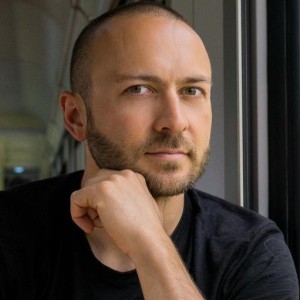 Art Threat is a leading media outlet devoted solely to political art and cultural policy. We write about art that seeks to interpret, influence, or reflect upon society. We discuss policy as it pertains to culture. And we showcase artists whose work inspires social change. Find out more at http://artthreat.net.