ITEM: Just a few points about the South Park situation, which I can watch here in Pittsburgh so this is local so there (!):

1. I kind of wish that Comedy Central would fire the South Park creators because I really think that they would do just fine online. I’m not sure if they would make as much money online but they would be independent and they could kind of say whatever the bleep they wanted. I also think they could create a whole industry of truly independent artists who own their stuff. Related: Reddit poll.

2. By the way, here are things that I’ve seen on South Park that haven’t been censored in the last few weeks: guys riding on their enlarged microwave radiated testicles as they travel to the legal marijuana store. Even the censorsed edition featured, respectively, Buddha doing coke lines and Christ watching Internet porn…I don’t quite understand the station’s censorship policy. I really don’t. Related: Jon Stewart can flip off the Islamofacists (true in this context I’m afraid…) and he lives in the same city as the guys who issued the death threat. And he’s Jewish! I’ll say this again: I don’t understand their policy, quite.

ITEM: The writer of Jesus and Mo’ is really really enjoying the Catholic Scandal. He or she really is. You could take a look at the whole month of April or March for examples but I think I picked the funniest one.

ITEM: Over at my Progressive Examiner gig I link to a bunch of progressive sites and one site that I call: "Token Conservative Site". That’s not what the site is called so its kind of a joke that only some people will get, say, the kewl people. Anywayz, I read the site occasionally and the writer calls this Rob Rogers cartoon "hateful anti-catholic rubbish". I don’t think this is a hateful cartoon. First, its a funny cartoon and that’s the first rule, or as the writer (apparently Catholic) John Lew Andowski might better comprehend: being funny is the First Commandment of Toons. Second, I would hope that you can criticise the Catholic Church’s protection of child rapists without that being construed as necessarily being Anti Catholic. If not, then one would have to conclude that being anti catholic is a deliciously good thing. Here is that Rob Rogers cartoon presented for journalistic and commentary purposes blah blah blah… 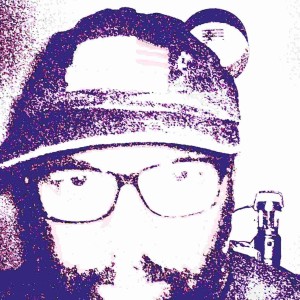