Debate war as it is, not as you want it to be

War is ugly. It sounds like a cliché at this point, and most of us never really have to think about how truly horrifying it is. This week, however, we got some disturbing glimpses into the reality of the US wars in Iraq and Afghanistan.

The US military admitted earlier this week that US special operations forces killed five innocent civilians in Gardez, including two pregnant women. The two women leave behind sixteen motherless children. While the military has denied any kind of cover-up of the raid, there were signs of evidence tampering at the scene:

And in what would be a scandalous turn to the investigation, The Times of London reported Sunday night that Afghan investigators also determined that American forces not only killed the women but had also “dug bullets out of their victims’ bodies in the bloody aftermath” and then “washed the wounds with alcohol before lying to their superiors about what happened.”

A spokesman for the Afghan Interior Ministry, Zemary Bashary, said that he did not have any information about the Afghan investigation, which he said remained unfinished.

In an interview, a NATO official said the Afghan-led investigation team alerted American and NATO commanders that the inquiry had found signs of evidence tampering. A briefing was given by investigators to General McChrystal and other military officials in late March.

“There was evidence of tampering at the scene, walls being washed, bullets dug out of holes in the wall,” the NATO official said, adding that investigators “couldn’t find bullets from the wounds in the body.”

Civilian casualties have been a continued source of outrage in Afghanistan, and General McChrystal has received praise for his attempts to lower the number of civilian casualties. While the intent is admirable, it is unrealistic in practice. McChrystal recently commented on their inability to decrease the number of shootings of innocent people at military checkpoints with the startling admission that, “We have shot an amazing number of people, but to my knowledge, none has ever proven to be a threat.”

Following this tragic story comes the release of a video of US soldiers in a helicopter firing on civilians in Iraq as though they were in a video game. The soldiers killed over a dozen people in the suburb of New Baghdad, including two journalists working for Reuters. (Warning: the video is disturbing and contains some explicit language.)

Wikileaks received the video and supporting documents from military whistleblowers and the Pentagon has confirmed that the video is authentic. It paints a disturbing picture of soldiers shooting into a group of mostly unarmed civilians, and at times laughing about it, with authorization from their superiors. When a van arrives to pick up the wounded and dead, they open fire, wounding two children. One of the pilots can be heard saying, “Well, it’s their fault for bringing their kids into a battle.”

Julian Assange of Wikileaks made an important point about the nature of the video on Democracy Now this morning:

What’s important to remember is that every step that the Apache takes in opening fire is authorized. It does pause before shooting. It explains the situation, sometimes exaggerating a little to its commanders, and gets authorized permission.

These are not bad apples. This is standard practice. You can hear it from the tones of the voices of the pilots that this is in fact another day at the office. These pilots have evidently and gunners have evidently become so corrupted, morally corrupted, by the war that they are looking for excuses to kill. That is why you hear this segment, “Come on, buddy! Just pick up a weapon,” when Saeed, one of the Reuters employees, is crawling on the curb. They don’t want him for intelligence value to understand the situation. The man is clearly of no threat whatsoever. He’s prostate on the ground. Everyone else has been killed. They just want an excuse to kill. And it’s some kind of—appears to me to be some kind of video game mentality where they just want to get a high score, get their kill count up. And later on you’ll hear them proudly proclaiming how they killed twelve to fifteen people.

The Pentagon has stated that an investigation was already held into the incident and no one is being charged with wrongdoing.

There have been a lot of euphemisms and opaque language used in the debate about the merits of the current strategy in Afghanistan. Many proponents of the war build support around benign-sounding efforts like “population-centric counterinsurgency strategy.” They portray this effort as a more friendly form of war, with the vision of the US troops sweeping into Marja, scaring the bad guys out of town, dropping in a new government and bringing peace and stability to the people. These two incidents are surely just two of many in the hellacious reality of war. Michael Cohen at Democracy Arsenal makes an important point about civilian casualties:

Perhaps right on cue there is this horrifying story that not only did US Special Operations forces kill three Afghan women, they covered up the crime – even going to far as to dig bullets out of the bodies of the victims. It is yet another reminder that for all the talk of protecting civilians – and all of General McChrystal’s noble efforts to prevent civilian deaths — they are still happening, and they are still undermining our population centric goals in Afghanistan (again when you put 100,000 US troops, who are trained to kill and protect themselves, in a foreign country none of this should be even slightly surprising).

And as much as I hate to write it, this is likely only going to continue – and we wonder why we can’t convince local Afghans to side with us?

That’s not to even mention the nearly more than 1,000 US and ISAF soldiers who have died. That trend will only continue with the impending increase in troop levels. The first three months of 2010 already saw double the American casualties of the same period in 2009. Thousands of soldiers have been wounded, and their stories are seldom told to the American public.

When we debate this war, let’s be real about what we are debating. Let’s not debate a sanitized version of military efforts in Afghanistan. Those who think that the war in Afghanistan is essential to our security must weigh our gains against the dirty, messy reality of US and Afghan casualties, not an unrealistic vision of soldiers sitting safely in rooms piloting unmanned drones and Afghans embracing the military presence despite the occasional accidental air strike.

It’s no surprise where I stand on this. Not only is it difficult to justify the cost in lives and dollars for security gains, I’m not convinced we’re getting those gains from a large-scale military occupation designed to target a fluid group of non-state actors. It’s time to have a real debate about a better way, one that is honest about the true cost of war. 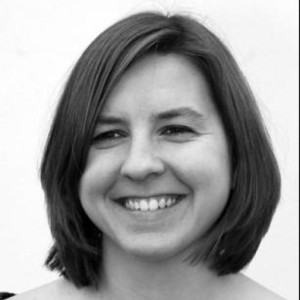 Debate war as it is, not as you want it to be